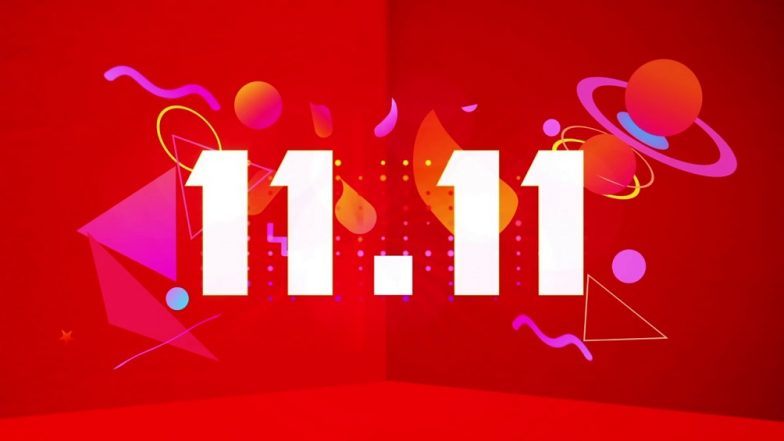 Despite the worries about China’s slowing economy and trade war with US, 2018 singles day shopping bonanza hits the new record – $30 billion in the first 24 hours.

Singles day is an informal shopping festival in China that has originally celebrated people who are still single. It falls on 11/11 which is meant to symbolize people who are not in a relationship. Since it started back in 2009, it has become the largest shopping event in China, akin Black Friday or Cyber Monday in North America, although much bigger.

Originally, the event was started by Alibaba which began offering discounts on its main shopping platforms, Taobao and Tmall, that lasted for 24 hours. The festival was picked up by other Chinese e-commerce sites like JD.com and now, increasingly, by traditional brick-and-mortar stores. Most of the action still goes online via e-commerce sites and mobile apps.

Every year, the festival kept getting bigger but this year, there were concerns that  it might actually slow down a bit. The main worry was that slowing Chinese economy and the trade war with US would dampen shoppers’ enthusiasm.

“It is possible that there will be a slowdown in growth for Singles Day sales, given that they have had exponential growth in the past,” Xiaofeng Wang, an analyst with Forrester, said before the event.

Here is the latest data compiled by Statista: 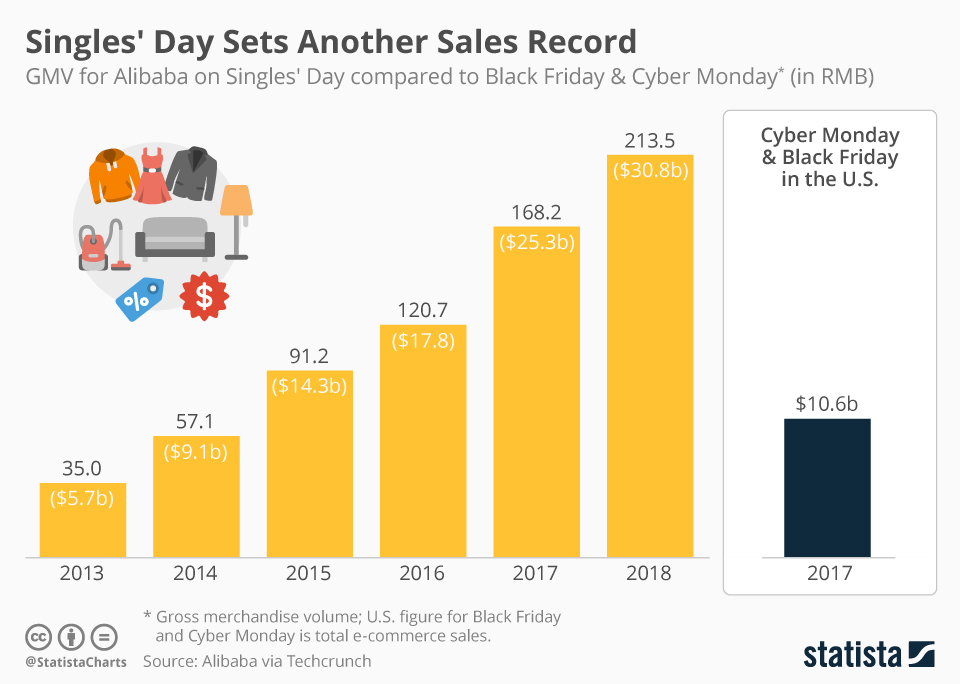 Similar North American events are dwarfed by China’s 2018 Singles Day – the sales on Thanksgiving Day combined with Black Friday are about 5 times smaller.

Attempting to capitalize on seemingly insatiable appetite of Chinese shoppers for foreign products, the event was picked up by platforms outside of China. A recent survey from research firm Oliver Wyman found that 57% of China’s online shoppers consumers were planning to buy goods from overseas during 2018 Singles Day. The top countries that were most popular with the consumers are Japan, USA and Australia.