What is Really Behind Baidu’s International Expansion 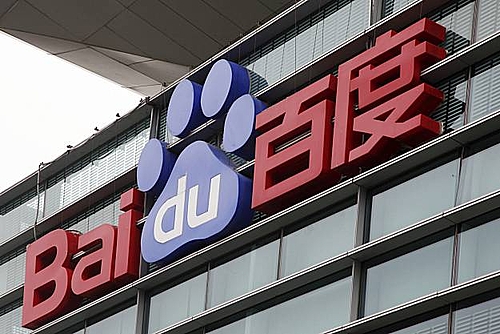 Baidu Inc. the owner of the largest China’s search engine Baidu.com, has been on a buying spree recently snatching companies locally and abroad. The type of companies Baidu was buying are in line with the grand strategy of moving into mobile space and expanding internationally.

Baidu growth in China has been impressive, although it stayed at somewhere around 60% market share in search engine space last year. With China’s internet users increasingly going mobile, Baidu is right to divert its resources away from the core desktop search business and into mobile applications.

Things look different for Baidu international expansion ambitions. By his own admission, Robin Li, Baidu’s founder and the 3rd richest person in China, the company has no plans to enter US market in near future. “For Baidu, we choose not to come to the U.S. market first because this is a market that is very different from developing countries,” he said. “For a company to be successful internationally, they don’t need to be successful in the U.S. The U.S. is just one part of the world.”

Back in 2011, Baidu rolled out its search engine version in Vietnam, Thailand and Egypt and in July 2012, that also included Singapore. So far, with the exception of Vietnam where Baidu offers a few more sophisticated products, Baidu hasn’t gained any meaningful market share in those countries. In 2007 the company has launched Baidu Japan but has been losing money ever since never coming close to challenging Yahoo’s and Google’s dominance. To make things worse, the Japanese government has warned users that some of Baidu’s programs could be spyware. Most recently, Baidu has launched the localized Portuguese search engine called Baidu Busca for Brazilian market.

The truth is that what really Baidu excels at is its censorship technology which is very efficient at blocking sensitive topics on the fly.

Baidu boss claims that the right strategy for the company would be targeting developing countries where it could become a more natural fit. Wang Menqiu, head of Baidu’s consumer products claims that “We really understand the common user, not the international, sophisticated user, but very, very normal people. Google tried to assume users take a lot of actions and want to make a lot of choices when they use their products. But in our products, we do it a different way. We first of all assume users are lazy and are naïve. And we try to deliver our products in the simplest way.”

To me, that just doesn’t sound right – while some of that could be true in home market where some elderly users could struggle with using Pinyin or typing complex characters into the search box, none of those issues exist outside of China. What level of sophistication does a user require to type in a search term in a simplistic search engine interface, if it can even be called that? Besides, all of the modern search engines have a voice recognition feature already built-in allowing for searches by simply speaking into the microphone.

So, what is the real logic behind Baidu’s decision to expand into developing market? The truth is that what really Baidu excels at is its censorship technology which is very efficient at blocking sensitive topics on the fly. Baidu is notorious for filtering out the results based on the blacklisted keywords and phrases. And where is the market for that? It surely isn’t in US or Europe but more likely in countries with various degree of government control over media such as Egypt, Iran or even Singapore. Considering the recent political climate, my guess is that Russia could also be on Baidu’s expansion list, although taking on Yandex, the local dominant player wouldn’t be easy.

It is no secret that Baidu international expansion plan enjoys enthusiastic support of Chinese Communist party that considers political dividends and opportunities to influence public opinion overseas. According to Wang Xiujun, deputy director of China’s State Internet Information Center, “the future of our party and country” depends on winning “the struggle for ideological penetration.”