Mobile apps continue to play central role in Chinese smartphone revolution. Most popular mobile apps in China have been developed by either Tencent or Baidu, two rival tech giants, although other companies are not far behind.

Communication, browsing mobile internet, listening to music and watching videos are the most common activities of Chinese mobile users. Not surprisingly, companies who traditionally dominated those niches on the internet have also been the leading providers on mobile.

Interestingly enough, not only that there isn’t a single non-Chinese app in the top 10 list, they don’t even make the first 50. In fact, the only foreign app that enjoys some popularity in China is Google’s mobile Chrome browser.

Having been installed with almost every Chinese smartphone, WeChat is the undisputed leader of mobile apps in China. WeChat user base has recently passed 700 million and continues growing. Tencent, WeChat developer, is one of the most innovative Chinese tech firms and is part of the so called BAT – the acronym for Baidu, Alibaba and Tencent.

QQ is another hugely popular messaging app that has been the flagship Tencent product before WeChat. In fact, it is still the most popular communication tool on desktops and, is, perhaps, the most well known Chinese internet brand. Overall, its migration to mobile has been largely successful as offers a simple alternative to WeChat, although most people still use both. In fact, you are unlikely to meet a Chinese person below 50 who doesn’t have a QQ number.

While Baidu holds “only” about 60% of desktop search market in China, it completely dominates mobile with about 90% market share. Baidu mobile app is the third most used mobile app in China. It is also well designed, very fast, and accepts multiple input modes. Baidu is another part of BAT mentioned earlier.

When Chinese are not chatting or searching mobile net, they are shopping. Browsing Taobao app, is one of the most favorite pastimes for millions of people and it is often highly addictive. It is not uncommon to notice people shopping on their phone with Taobao app while eating, riding a subway or even driving…

UC Browser is a mobile browser developed by Chinese mobile Internet company UCWeb. UC Browser claimed to have reached 500 million users in March 2014 majority of which were in China. It is still the most popular mobile browser here despite 2015 leaks linked to whistleblower Edward Snowden revealing some serious security weak points of UC Browser.

QQ Browser is the second most popular mobile browser across all mobile platforms. Tencent, has been leveraging their browser app installation using their other popular platforms mentioned earlier. 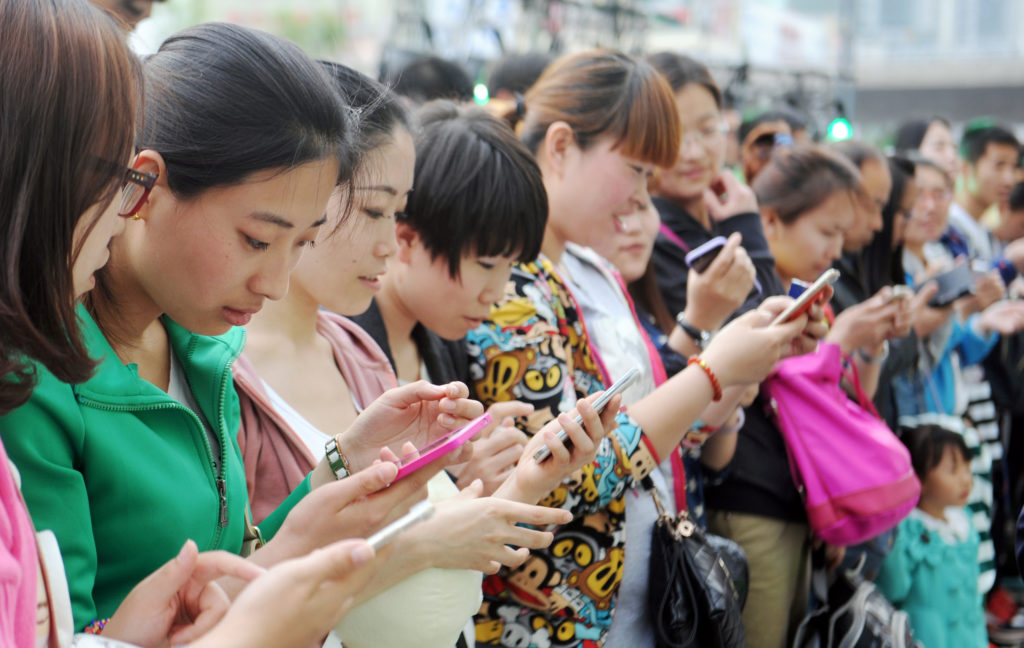 Watching videos is another most popular activity of Chinese mobile users and QQ video has been their platform of choice. Tencent video app has recently surpassed YouKu, the most popular Chinese video platform, in terms of mobile market share. Most commonly, it is used for watching TV soap operas and TV game shows while on the go.

Initially released in 2006, Sogou Pinyin is the most popular Chinese input software. It makes use of its search engine techniques which are the analysis and categorization of the most popular words or phrases on the Internet. Its mobile app version can be used with both Android and iOS devices offering dozens of colorful keyboards with hundreds of popular emojis and stickers that are so popular with Chinese mobile users.

This app serves as both antivirus and memory management app and is most popular with Android devices, although it can installed with iPhones as well. It was developed by the second most popular Chinese search engine, Qihoo, also known as 360 Search. Qihoo 360 security software has a large install base on desktop, largely thanks to its free antivirus software.

YouKu is the largest video hosting platform and is among most popular video mobile apps in China. Although, it has been losing its mobile share market to Tencent, YouKu isn’t too far behind in terms of popularity. Often associated with pirated shows and films in the past, YouKu has largely cleaned up its act and now claims to only host legitimate content. Millions of Chinese tune to YouKu for their favorite TV shows everyday.