China’s Mobile Consumers And The Rise of Chinese M-Commerce

Over half of online sales in China have been done with smartphones making Chinese m-commerce the fastest growing sector of the country’s digital economy.

In China, smartphones are involved in every step of the typical sales funnel – from discovery and research to payment and feedback. As a result, Chinese m-commerce has been undergoing meteoric rise in recent years.

According to recent KPMG online consumer behavior report, smartphone remains the primary device for online purchases – well ahead of other countries, while laptop and desktop PC are used the least. 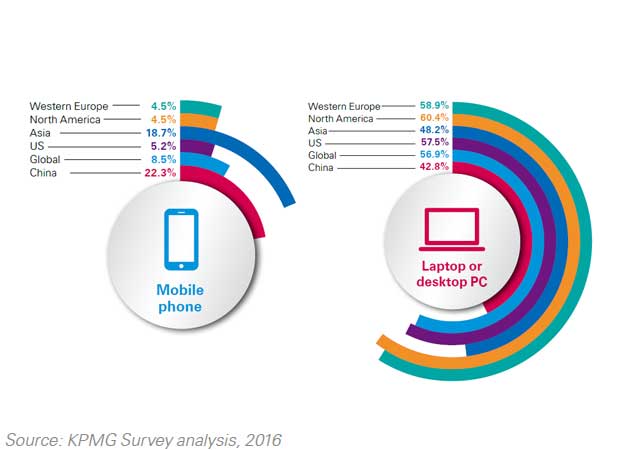 There is a number of main drivers behind Chinese m-commerce rapid development:

KPMG survey shows that more than 90 percent of the respondents made at least one online purchase using a smartphone in the past 12 months: 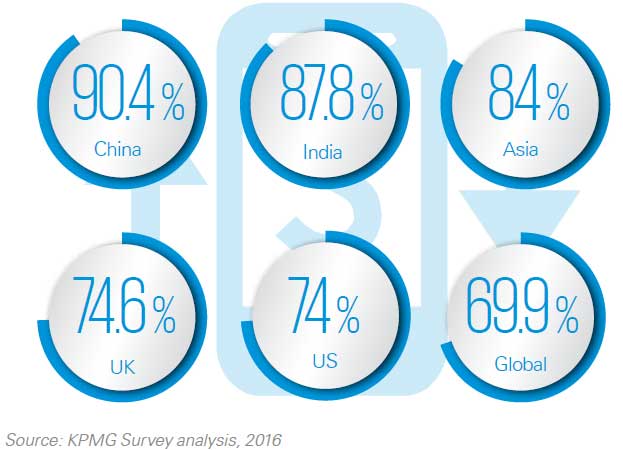 Consumers often research products using smartphones while in physical shops. In China, nearly 70 percent of respondents have looked up a product on their smartphone or tablet while being in a brick and mortar store. While this figure is still slightly smaller compared to other parts of the world, it is higher than the previous year. Also, this type of consumer behavior is likely to be gaining momentum after rolling out the new feature of Taobao and Tmall mobile apps allowing instant product search from a photo:

Finally, China’s mobile commerce is another reason for the popularity of O2O concept. Companies, both local and multinational, are constantly on the lookout for more innovative ways to engage Chinese mobile consumers from all the angles.