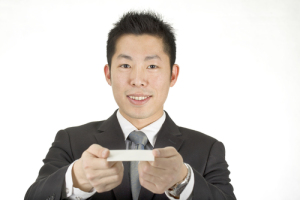 In February 2014, LinkedIn has officially announced its intention to launch in China in hopes to attract 140 million users. Although, 140 million people would represent only about 20% of China’s online population, this goal sounds quite ambitious. So far, it is estimated that about 100 million Chinese use some type of professional social network with the largest one, Tianji.com claiming to have 20 million users.

So far, professional networking sites in China haven’t reached the same popularity as in the West. LinkedIn has never been a big hit in China and was only able to catch on with English speaking professionals and expats. The reasons for this situation are mainly cultural, as well as technological:

In addition, professional networking site of sufficient size, could be an excellent platform for targeted advertising. What could be more efficient than being able to promote your products or services within a specific industry or have an opportunity to reach the right individuals?

Tianji is emerging as a leader in China’s online professional networking. Launched in 2005 by France-based Viadeo, it claims 20 million users at the moment, although true figures are hard to verify. With its clean and professional design, Tianji continues to attract business minded individuals across various industries and geographical areas in China. In addition, Tianji offers myriad of different advertising options which I’ll be reviewing in subsequent post. 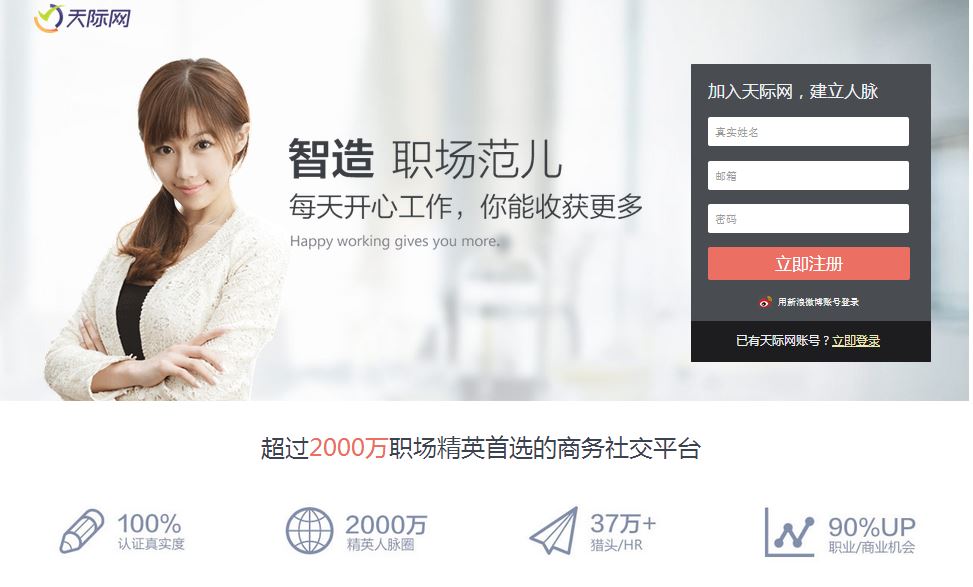 Perhaps, the most well known outside of China thanks to its optional English interface, Ushi was founded in Beijing by Dominic Penaloza and Quentin Zhang. In 2012 it claimed to have 1 million users but it’s not clear how much it has grown since then. The design is very similar to LinkedIn, although it lacks many of its competitors features.

Advertising options are somewhat limited, especially compared to Tianji but it still can be an efficient platform to reach specific individuals in various industries. English version, while convenient for foreigners and expats, seems to be much less robust and user friendly compared to the main Chinese one. 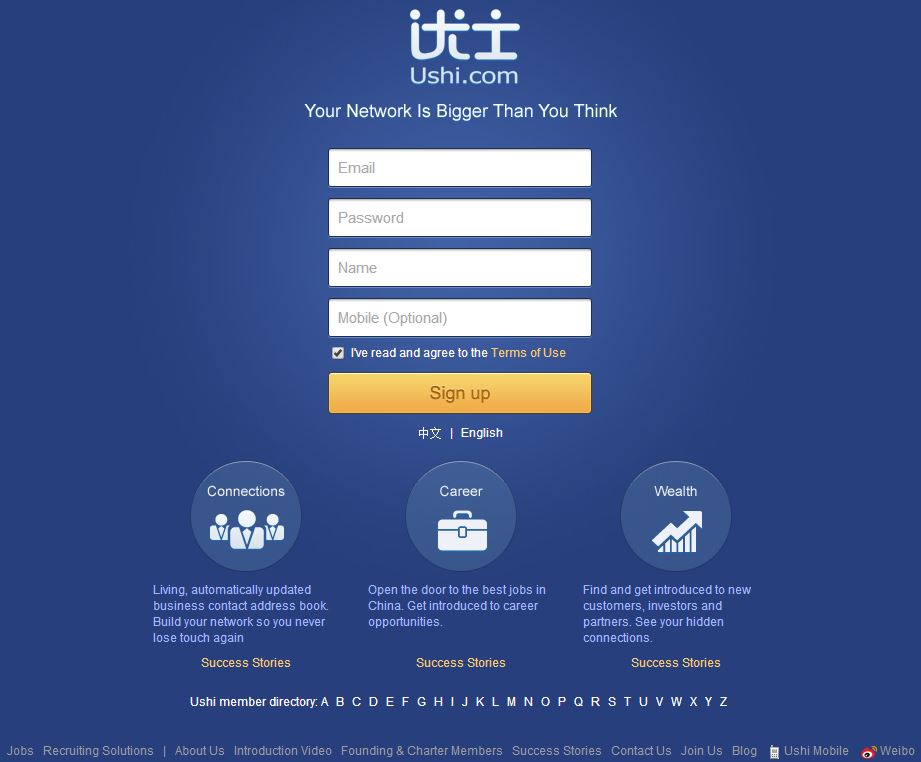 This site has been around for a while but its popularity seems to be declining. Although, Wealink claims to connect 5 million users, it doesn’t come across as professional and neat as Tianji or Ushi. My guess would be that it’s far more popular with job seekers and entry level professionals. 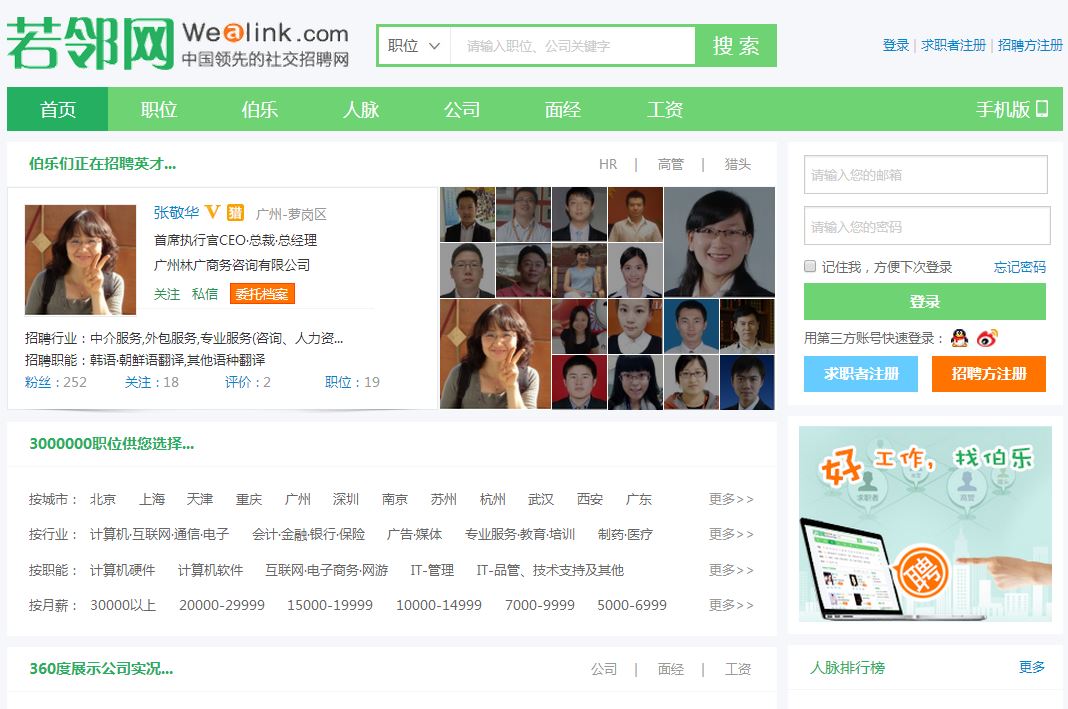 Renhe has been around for over 9 years but fell behind Tianji. In 2012, it claimed 5 million users which is still impressive. On the features side, it lacks innovation although it still tries to keep up with the more popular sites. 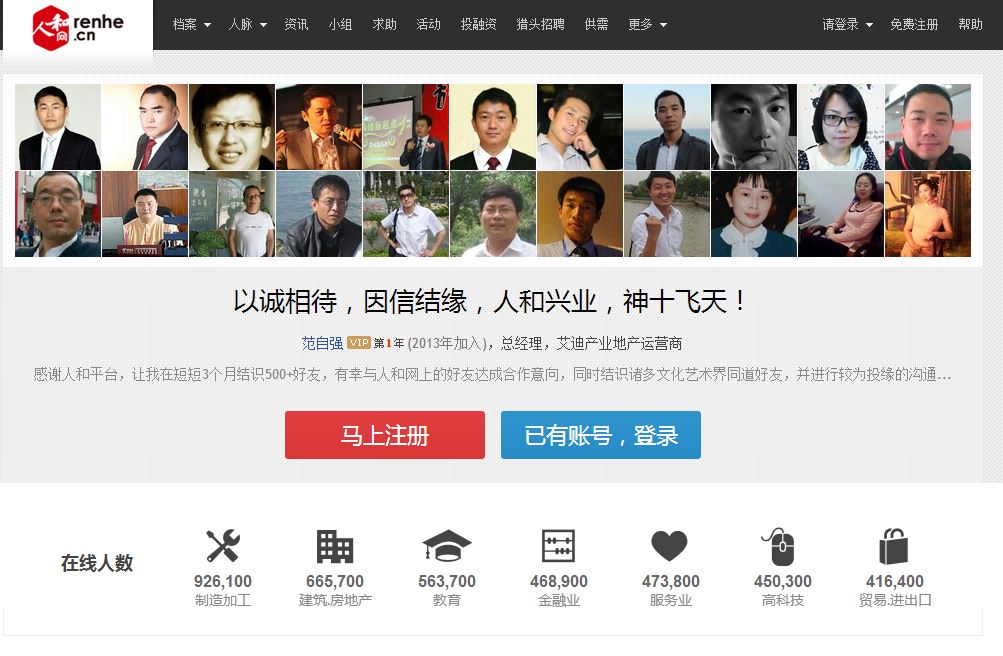 This is a typical Chinese site with lots of flashy banners and loud ads that gives you an instant headache. Advertising on a site like this would probably be quite cheap but just as useless. Surprisingly, designs like this are still fairly popular in China, hopefully not for long. I don’t see much value being on a site like this but listed it anyway for the variety. 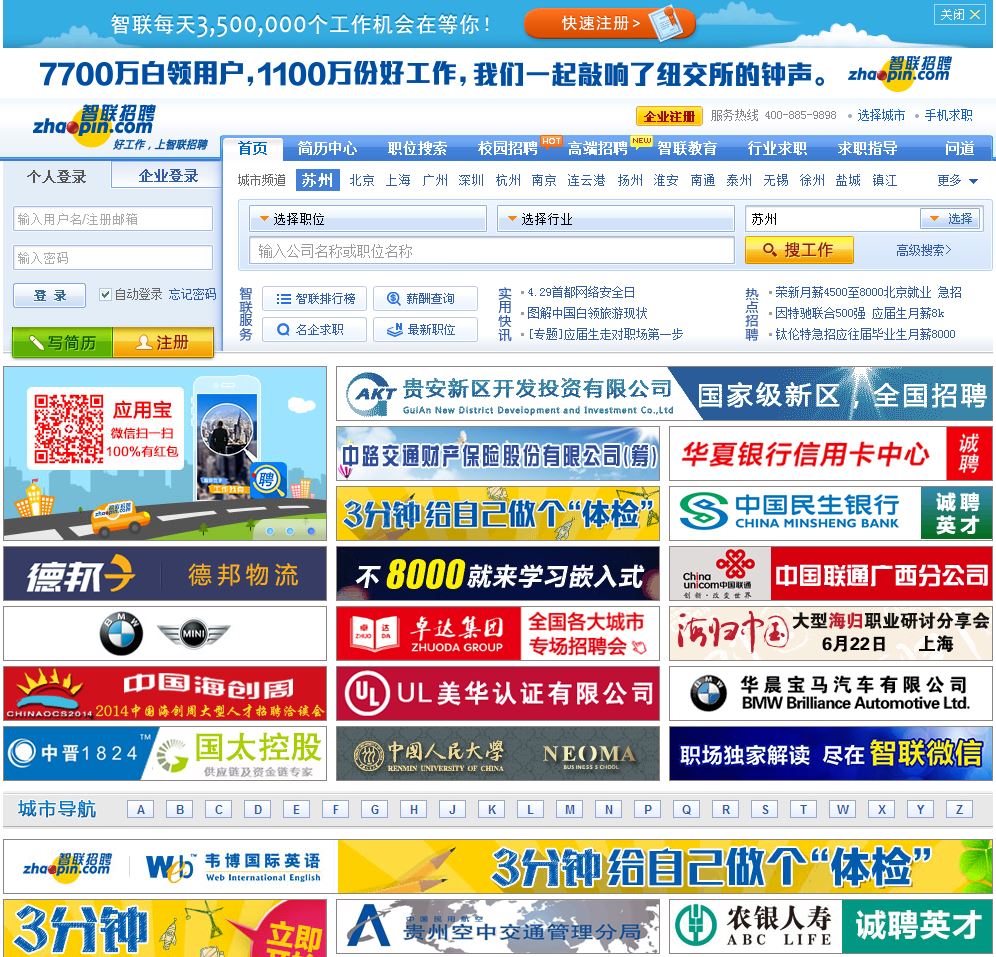 There are at least a dozen more professional networking sites that I couldn’t cover: some large ones like Dajie.com claiming a whoping 24 million users (although, highly doubtful figure); Jingwei.com – RenRen’s backed, a hip combination of LinkedIn and Quora; Dragon Business Network (dragonbn.com) that has thousands of members and could be a great place to find consultants, translators and various freelancers (it is also in English) and many more.

In subsequent posts, I will review some advertising options with Ushi and Tianji, which are, in my opinion, still the best platforms out there.