8 Reasons Why WeChat is Winning Over Weibo 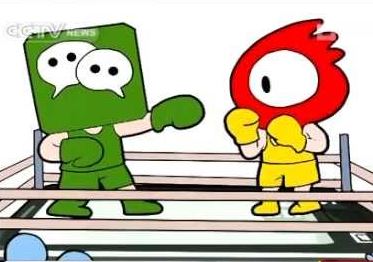 It seems that few now doubt the fact that WeChat is emerging victorious in its battle with Weibo over China’s social media users. As a relative newcomer in Chinese social media landscape, WeChat has completely changed the rules of the game. Moreover, Tancent, the company behind this popular chat app, has managed to achieve such unprecedented success without copying other apps or using pirated technology like it was common in the past.

WeChat is truly an innovative platform and in terms of features it is way ahead of other equivalent services, like Viber, Line, WhatsApp etc. The main competitor of WeChat in the social media space has always been Sina Weibo, recently, however, it seems that more and more users are abandoning Weibo for WeChat. Although not necessarily mutually exclusive, it’s just so much social media one can manage, and, naturally, people still tend to favor one platform over the other.

So, what is WeChat’s competitive advantage over Weibo, what gives it an edge? Here are the 8 main reasons:

WeChat was designed for smart phones from the beginning, everything from functionality to user controls was made sure to fit for mobile use. Weibo, on the other hand, started with the desktop version and later adapted the application for mobile. As a result, the user experience still lags behind the native mobile WeChat app.

WeChat allows users to share photos and status updates on the timeline, called Moments. Similar to Facebook, the updates are immediately shared with friends in real time, they can comment on them or share them further. If you want to spread the message quickly, nothing beats WeChat’s speed.

WeChat was quick to adapt QR codes, the scanning capabilities are built in from the earliest versions and once scanned, the code can be further processed without leaving the app. QR codes are practically everywhere in China with many of them are designed to be used within WeChat app itself.  Little WeChat logo in the center of a QR code indicates that the scanning action will result in something WeChat-related.

Traditional name cards exchange is often replaced by QR scan to get the other person’s details adding further to WeChat’s popularity.

WeChat is becoming more than a chat app but the entire ecosystem of related functionality that can be used within it. Without leaving WeChat, you now can pay for some services, call a cab or even make purchases.  WeChat has proven to be a superior marketing platform for business: merchants can advertise their products and send coupons by messaging directly to their subscribers. In addition, WeChat’d integrated service accounts enable real functionality to their users through interfaces within the app itself. Read more about this WeChat functionality.

Somewhat similar to Apple’s passbook, users can already  store their membership cards and movie tickets within the app. With the rise of decentralized consumer finance, WeChat is well positioned to become an indispensable e-wallet of the new internet generation. It is already  possible to pay for certain services, buy investments and even borrow small loans, all from within the app.

Tencent owns the largest Chinese messaging platform called QQ. While QQ use still remains primarily desktop based, users now can merge their contact with WeChat and even “cross talk” using two platforms simultaneously. With 800 million QQ subscribers, WeChat has received a huge head start in acquiring user base. Tencent is clearly sacrificing QQ in favor of its new product but the truth is that QQ has long outlived its purpose, just like ICQ did before.

Until recently, Weibo was the main platform for people getting unbiased news and independent opinion which was not necessarily according to the official line. Over the last couple of years, however, state censorship has been tightening its grip. Measures included requiring that accounts be registered under real names, and that those posting “rumors” be suspended. Some reports suggest that the the number of microblog users, which includes Sina Weibo and similar services, dropped by over 27.8 million last year. Many of those users went to WeChat further strengthening its base.

WeChat is clearly positioning itself for global expansion, although with the recent WhatsApp acquisition by Facebook, it seems to be getting more challenging. Nevertheless, with 100 million overseas users already, WeChat is becoming a household name outside its home base, further broadening it’s appeal. People are getting increasingly more connected across the globe and they realize that one of the best ways to keep in touch with Chinese friends and business partners is via WeChat.

Weibo, on the hand, is almost completely unknown outside of China, it even failed to attract too many users in Taiwan and overseas Chinese communities. WeChat with its 17 languages to choose from has gotten the upper hand over Weibo when it comes to connecting globally.