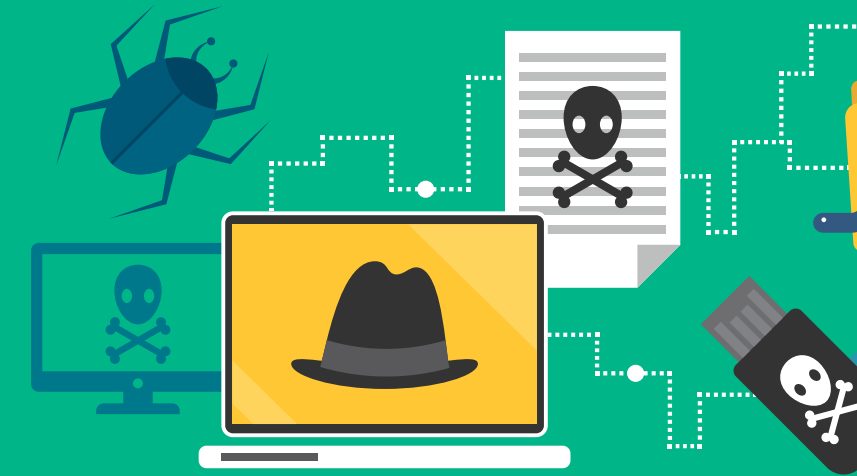 In a relatively underdeveloped Chinese ad tech market (see our previous post), ad fraud in China remains a serious problem, costing millions of dollars to advertisers. While it is, undoubtedly, a global phenomenon, for the reasons we discussed earlier, Chinese programmatic ads market is still lagging behind.

Here are the six most common types of ad fraud in China:

Bots are small programs that usually reside on unsuspecting users’ computers and can imitate a behavior or real users. Bots can visit websites and click on links just like humans. In fact, bots are responsible for the large proportion of traffic on the internet and account for the majority of ad fraud in China.

Since unlike people, bots don’t buy things, their clicks are completely useless. Unfortunately, when bots are programmed to click on ads, advertisers are unknowingly paying for the clicks that will never convert.

This one is similar to bot traffic in a sense that it generates traffic that never converts. However, lead ad fraud in China involves human operators who are clicking the ads and even signing up. Although generated by real humans, this traffic is just useless as those coming from bots. 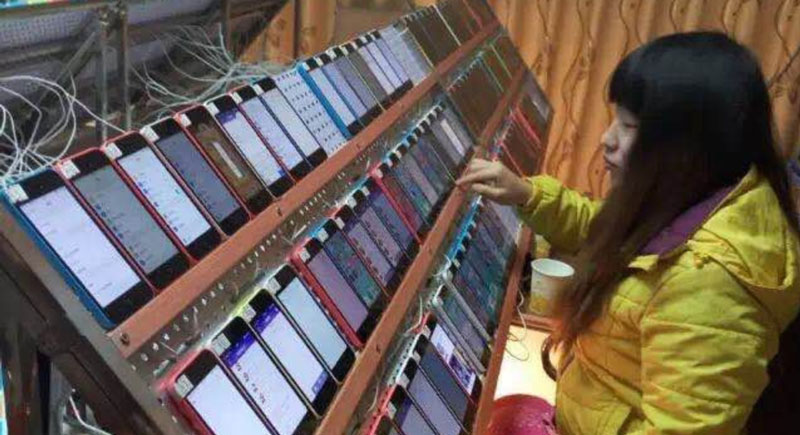 Click farms have become a luxurious business in China and they are especially active in social media – they sell clicks, likes, shares and social media followers. In recent years, Chinese authorities have been cracking down on such illegal operators. Those that were driven out of the country setup click farms in other locations such as Thailand, Philippines and Vietnam. In fact, one of such click farms specializing sing on WeChat was most recently busted by Thai police.

Ghost sites are essentially fake webpages populated with content which is usually copied or plagiarized from other sites. Using SEO black hat techniques, those sites manage to make themselves available through ad networks or exchanges that participate in real-time bidding (RTB). Then they would typically use bots or click farms to generate ad impressions defrauding advertisers.

Ghost sites don’t have to be site clones – quite often they mask themselves as legitimate social media channels on Youku, Weibo or other popular platforms.

Spoofing is when a site poses as another website in order to attract ads. This causes advertisers to believe that their ads are served on a particular site and shown to the specific target audience while in reality they end up on low quality sites. What’s more, this type of fraud can be particularly damaging to the advertiser’s reputation.

Ad stacking is a common ad fraud technique in which a publisher places multiple ads on top of each other in a single ad placement, leaving only the top-most ad actually viewable. When user visits the page, an impression is counted for each of the ads, including those that can’t actually be seen. 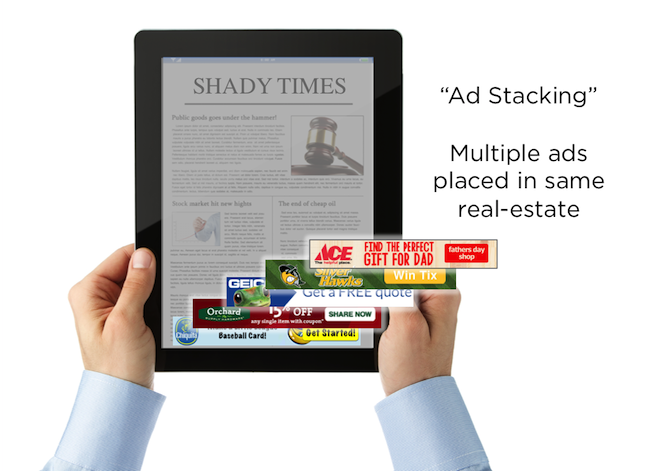 Pixel stuffing is similar to ad stacking in which case none of the ads can actually be seen – they are all stuffed into a single pixel.

This type of ad fraud in China is usually executed by a malicious piece of software on user’s computer. For example, malware is often responsible for ads on ad-free sites like Wikipedia. These ads got there because malware in a browser has injected fraudulent ad tags onto the page before it gets loaded. So, when fraudsters inject ads onto a site, they never actually pay for that ad space. Moreover, those ads may appear on irrelevant sites or even those with questionable content damaging advertiser’s reputation.

Anyone can become a victim of ad injection – they can sneak in with a seemingly innocent toolbar extension, get installed by clicking a link on opening an email attachment.

What can you do?

The best way to avoid falling victim to ad fraud in China is using reputable digital marketing service providers. Stay away from offers that sound too good to be true. Anyone who promises unrealistic results is probably using such illegitimate methods who are often being freely advertised on sites like Taobao.

Another good idea is to independently monitor ads performance with third party tools. While it isn’t always easy or even possible in China, there are new tools coming to the market every year.