How US-China Trade War Is Going to Play Out

US-China trade war is not about trade deficits but global leadership. It is widely predicted to last for several years (unless reversed by future US administration) and, if continues, there is little doubt that it will result in significant slowing down of China’s growth.

Last week, the US announced the last round of trade tariffs that will be imposed on Chinese imports, with goods affected estimated at about $ 200 billion per year. The tariffs that took effect on September 24 were met with Chinese retaliation of $ 60 billion in tariffs on US imports. If this threat is implemented, the US would prepare tariffs for an additional $ 267 billion import.

As Statista’s chart shows, the Trump administration has now analyzed data from the US Census Bureau by the BBC, now imposed for about half of all imports from China, and would even exceed the total import figure for 2017 as the $ 267 billion proposed, new rates appear to be needed. The road is also starting to run out for China. If all proposed tariffs are introduced, Xi Jingping would be left with only $20 billion worth of U.S. imports to penalize when comparing to last year’s total trade figure.

How US-China trade war is going to play out 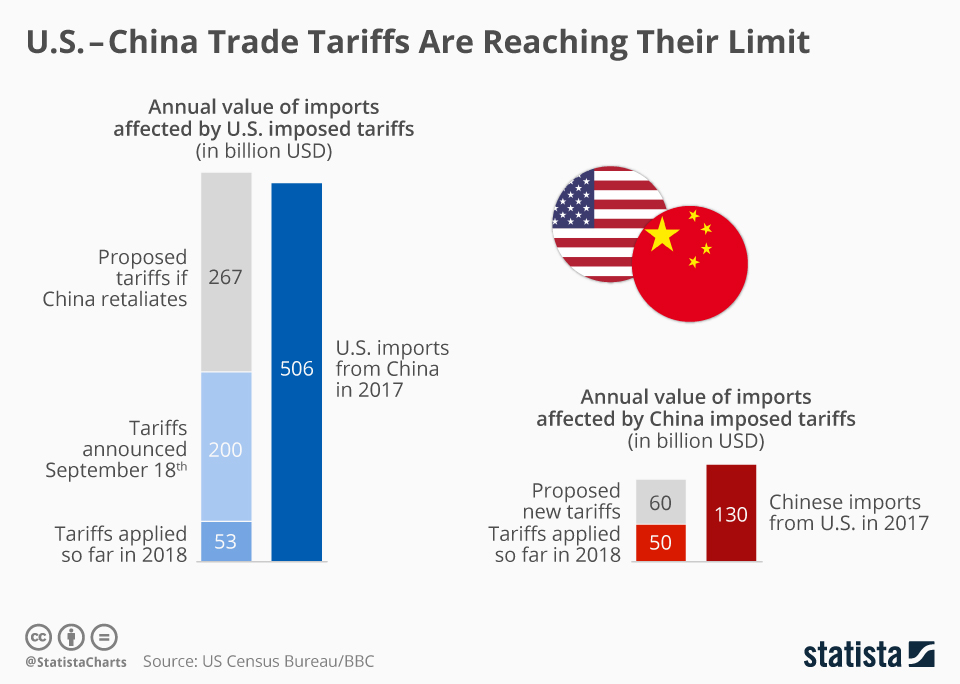 If China growth continues at today’s rate, it will surpass USA as the largest economy in 2031