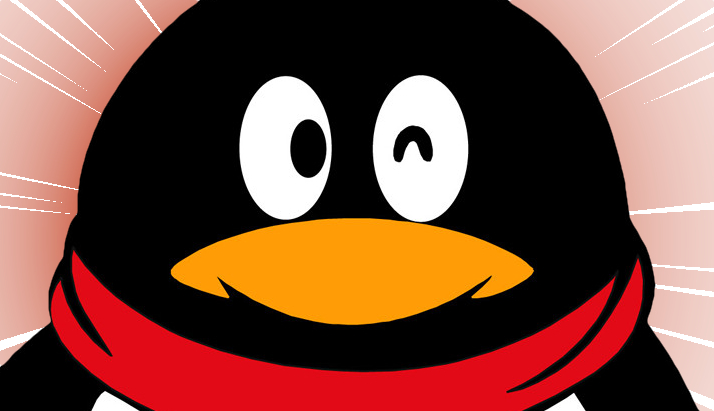 Not many people doubt the fact that Facebook outnumbers any social media platform in terms of world wide number of users. In addition to claiming over 1.3 billion accounts, Facebook has further solidified its top position in mobile space by acquiring hugely successful WhatsApp and launching its own Facebook messenger app. If that wasn’t enough, Facebook now owns another hip social media platform, Instagram, which is also primarily mobile based.

However, recent figures from WeAreSocial presentation, (WeAreSocial is a top international digital agency), reveal that, in fact, Tencent, Chinese digital tech giant, is getting very close to Facebook in terms of total active users it serves.

Here is the slide from WeAreSocial presentation on the top global social media platforms: 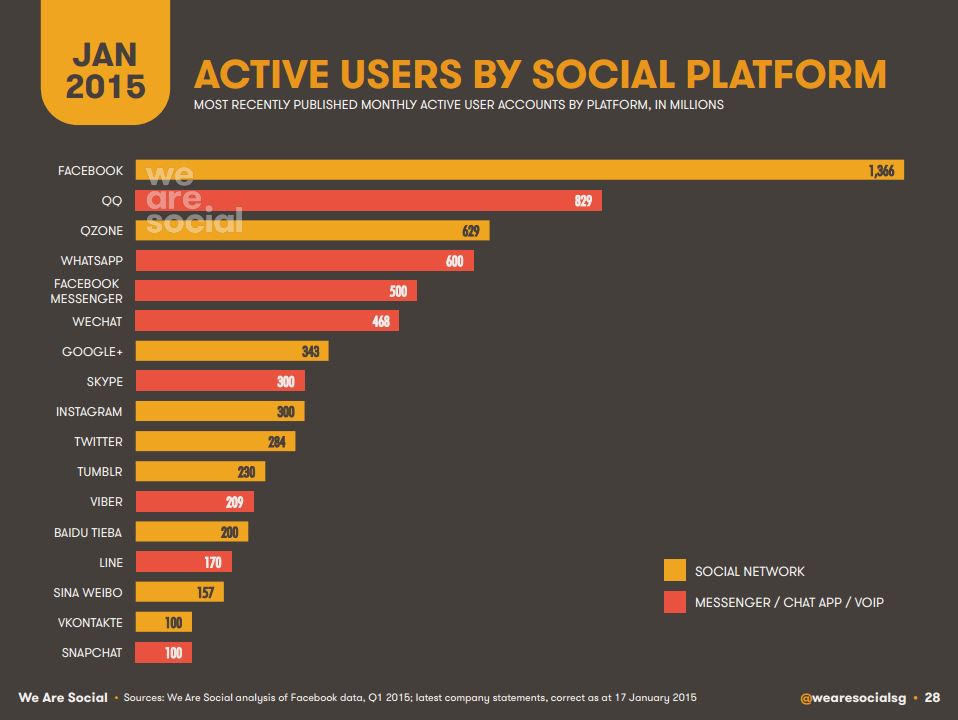 For some reason, Tencent Weibo with its estimated 220 million active users didn’t make the list. Although, it is a smaller network in China, Tencent Weibo still retains significant following, especially in tier 2 and 3 cities.

If the number of active users on all platforms that belong to either Facebook or Tencent added together, it turns out that Facebook has only a slight edge over the Chinese firm, see the pie chart below: 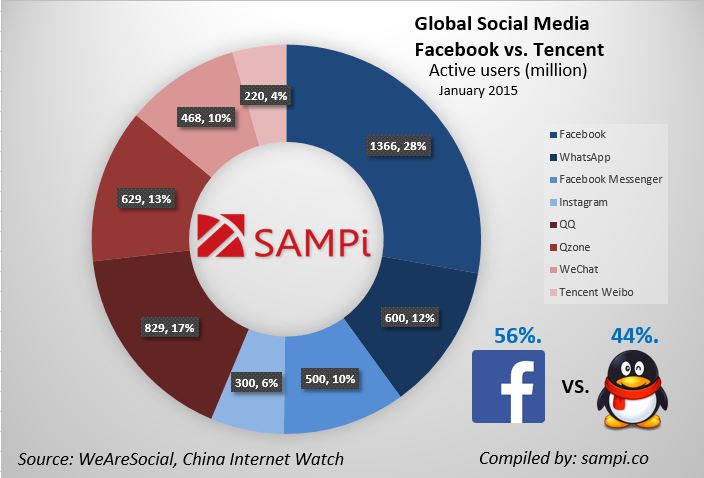 One can argue that there is a significant overlap between some of those services, such as virtually all Facebook messenger users must also own Facebook account. The same logic applies to Tencent: practically all QZone members would have a QQ account, although the opposite is not true. So, if those adjustments are taken account, the market share tilts slightly in favor of Facebook with its 60% vs. Tencent’s 40%: 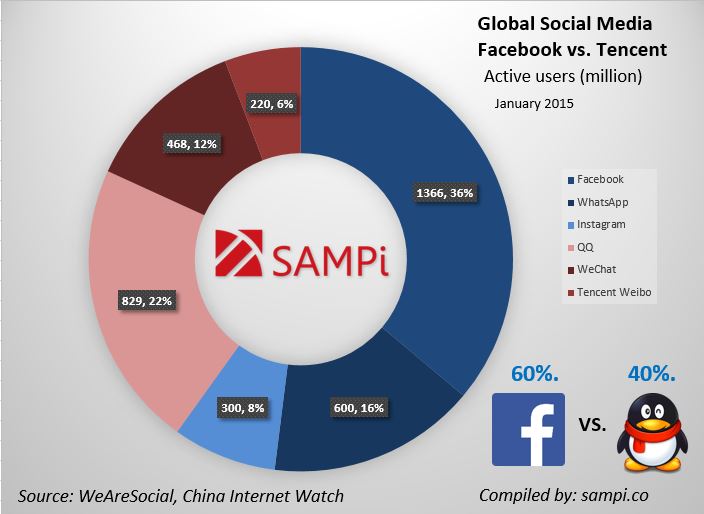 What is truly revealing in this comparison is how close the two companies really are, especially considering the fact that Facebook has been a global household name vs. Tencent which hardly anyone outside of Chine ever heard of.

Besides, given the continued China’s Facebook ban and coupled with the rate of Tencent WeChat’s accumulation of users and its worldwide expansion ambitions, it is quite possible that we may see the balance shifting toward Tencent in the near future.