Evernote is the most popular online note taking app that works across multiple platforms and devices. Since its launch in 2008, Evernote became one of the most successful stories in tech space, managing to acquire millions of dedicated users and devoted fans, over 100 million according to company’s figures, myself included. They have also realized early on the huge potential of Chinese market  and succeeded in developing and deploying effective strategy in China.

Just one year after its launch in China in 2013, Evernote was already claiming 4 million users. Last year, China has become its second largest market with reported 20 million users. Yinxiang Biji, it’s Chinese company, has recently announced its plans to go public in China.

In fact, Evernote has succeeded where many famous Western tech giants, such as Google or Facebook, have failed miserably. So, what was it that they were doing right? Let us break down main factors of Evernote’s remarkable success in China.

Evernote has always stressed its main functionality as a private data storage for individuals, not a social platform and broadcasting service. Although, the original version does include some social functions such as note sharing, they have been either removed or played down in the Chinese product. This enabled Evernote to stay away from troubles with China’s powerful internet censors. 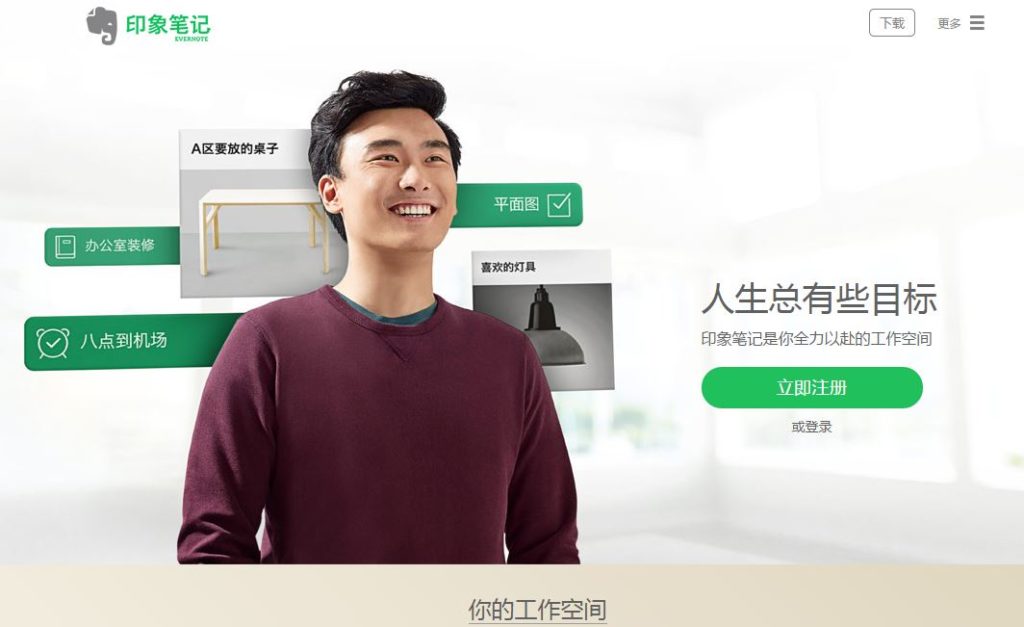 The company has realized that the key to good usability in China is the speed of synchronization and access – the core of its functionality. Keeping data centers in US would severely impact connection speed and turn away potential users, making it impossible to acquire critical mass of local early adopters. Hence the decision to setup local data center, which was also its first one outside of US.

Company’s CEO, Phil Libin, has published a letter assuring subscribers that Evernote takes securing the privacy of user data in China very seriously. The letter emphasized Evernote’s adherence to its three laws of handling user data by making it personal, protected, and portable.

Evernote quickly embraced Weibo and WeChat, two most popular Chinese social media platforms. The company has also been publishing its own blog filled with useful tips about efficient usage of its services while tailoring the message for the local audience. The blog was encouraging users to write about their personal travel experience with connection to Evernote apps – another good example of user engagement.

When it comes to Chinese users, Evernote quickly understood the importance of speedy and high quality customer service . The company has been recognized for its efficient response to issues and complaints, both through social media, like WeChat channel, as well via chat on their website. 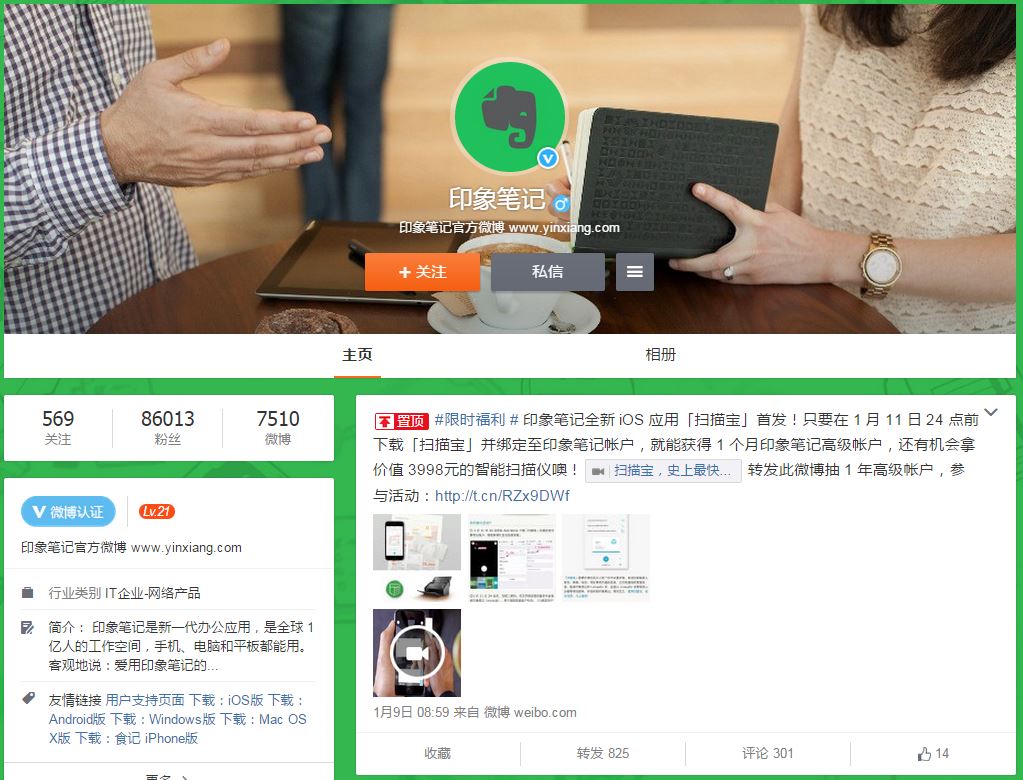 Evernote has made a smart choice in picking its Chinese brand name that proved to be an excellent fit on many levels. Evernote’s Chinese name is Yinxiang Biji (印象笔记) and can be translated as “memory notes”. Incidentally, the name also incorporates character 象, an elephant, that is used as Evernote’s logo. The name is both memorable and descriptive of the core functionality of the service.

Part of Evernote’s China localization strategy was releasing API for integration with local apps. As a result, along with its support for traditional services like IFTTT and Pocket, its Chinese product integrates local services such as WeChat, Weibo, Duoguo (a restaurant guide website) UC browsers and others. 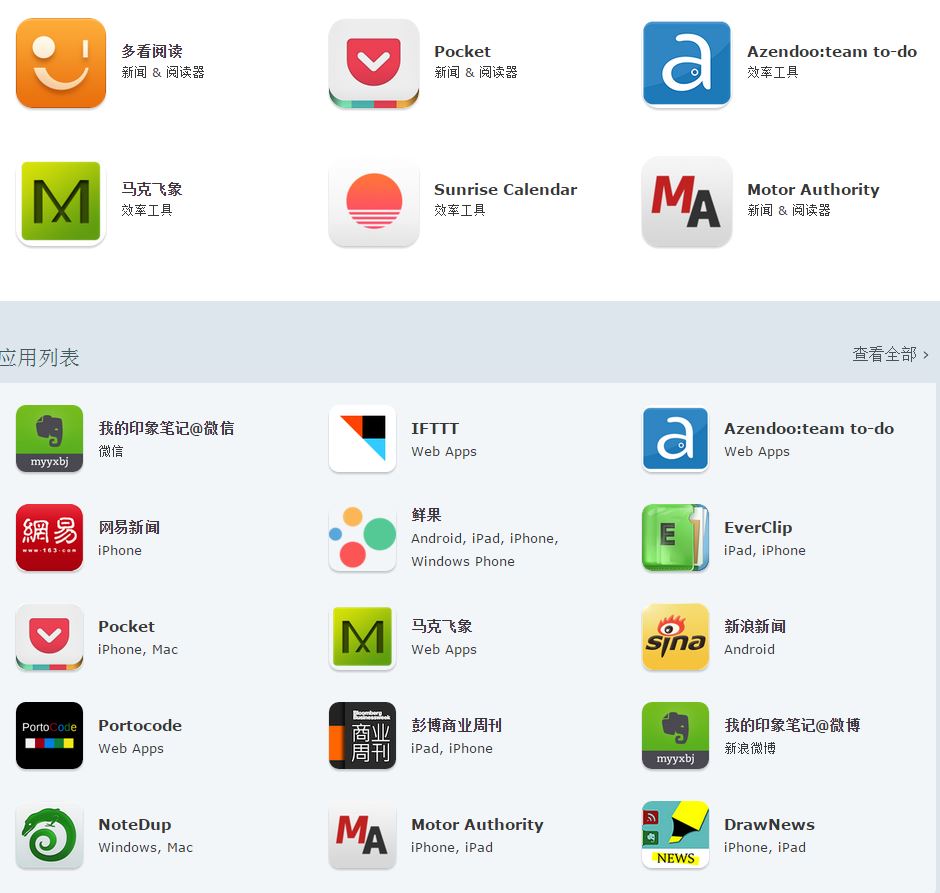 Most recently, Yinxiang Biji has launched its local version of Evernote Market store with products specifically selected and marketed for Chinese customers. Evernote’s fully functional web-based outlet was noted for its good user experience and original offers. It also itegrates Alipay as its online payment solution. 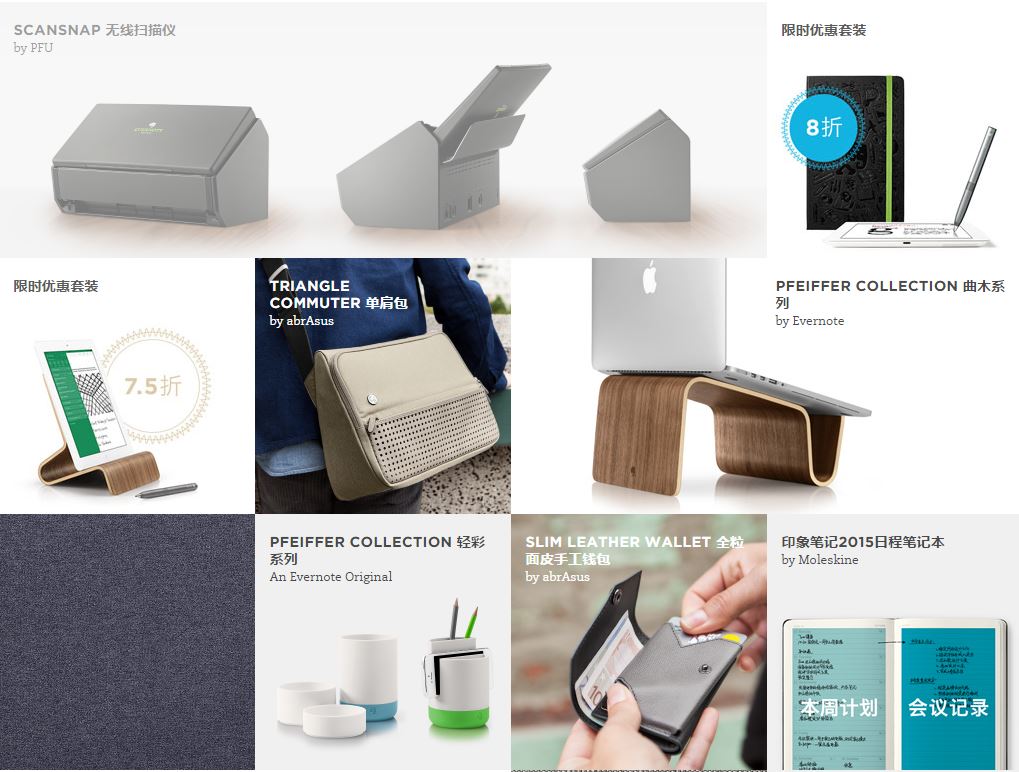