7 Out Of 10 World Busiest Container Ports Are In China 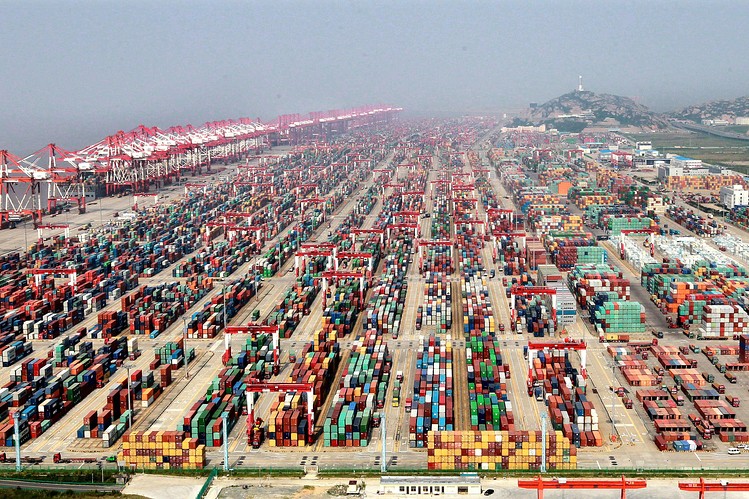 China, once again, dominates the list of busiest container ports with Shanghai port at the first place.

In the past, Singapore used to be the busiest port but after Shanghai port overtook it in 2010, it remained the world busiest ever since.

In fact, only 3 out 10 busiest container ports are not in China: with Singapore at the second place, Busan (South Korea) at fifth place and UAE’s Jebel Ali the ninth. The busiest ports are determined on the basis of container (TEU) traffic.

No other city in China has been as important as Shanghai in establishing the country as the world trading giant. Having been established in 1842, it is also one of the oldest ports in the world.

Today, over a quarter of China’s annual import and export trade goes though Shanghai port.

According to the World Shipping Council data, Shanghai port handled over 37 million TEUs in 2016, increasing its container turnover by 1.6% compared to the previous year. Second place in the ranking is occupied by the port of Singapore with a turnover of almost 31 million TEUs and in the third position is Shenzhen port with around 24 million TEUs handled annually, according to the most recent data.

Nearly half of all shipping in China goes through Hong Kong and Shenzhen ports which both serve the same Guangdong province, China’s richest and most industrialized area.