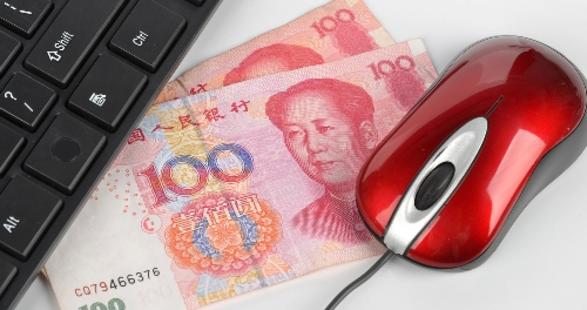 Selling products or services online in China is different from the Western model in one crucial aspect – low prevalence of credit cards and, generally, unwillingness by the Chinese to use them for online payments. Thanks to the rapid ecommerce development in the last decade, China has skipped the credit card era almost entirely by leaping straight toward the age of the digital money.

While offline, cash is still the king, online ecommerce is ruled by giants like Alibaba’s and Tencent.

Alibaba was the first to introduce its hugely popular Alipay system that today accounts for about 50% of all online transactions. Alipay is the system used for buying products at the most popular online shopping site Taobao as well as Tmall and many others. Vast majority of Chinese online shoppers are intimately familiar with the system and, most importantly, have learned to trust it.

The second most popular online payment system is Tenpay by Tencent. Tenpay was estimated to hold about 20% of the market share but thanks to the popularity of Tencent’s WeChat platform, Tenpay is projected to grow beyond that. Tenpay can be used to pay for the services integrated with WeChat as well as for purchases from Tencent’s online store.

In April this year, search engine giant Baidu has announced its own online payment system called Baidu Wallet. The company said that it will focus on mobile payments and the service will be integrated with other Baidu platforms and its 14 apps. Baidu claims to have 600 million users which should set it off a good start.

Just like Alibaba and Tencent, Baidu has both payment and financing license which will enable it to offer similar types of services. It is expected that alternative investment and e-financing services currently being offered by Baidu’s rivals will be coming up too.

Until Baidu Wallet is fully developed and has gained large user base, from a perspective of an out-of-China based company looking to sell online to the Chinese, there are currently two options for online payment integration: Alipay and Tenpay. Both services allow cross border transactions and provide a code for web developers to integrate the system  into a website. Once integrated, an online visitor will be able to pay for purchases directly with his/her Alipay or Tenpay account in RMB. Once the transactions is completed, the funds will be exchanged at the same day’s rate and wired to merchant’s overseas account (minus the commissions). Alipay currently supports 12 different currencies and also offers a mobile payment option.

In order to apply for either Alipay or Tenpay, the merchant has to provide a copy of a business license from the home country, passport scans of the owners and filled out application form. The application is then verified and processed which takes about 1 month. Once the application is successful, the agreement is signed and the instructions on technical integration are provided.