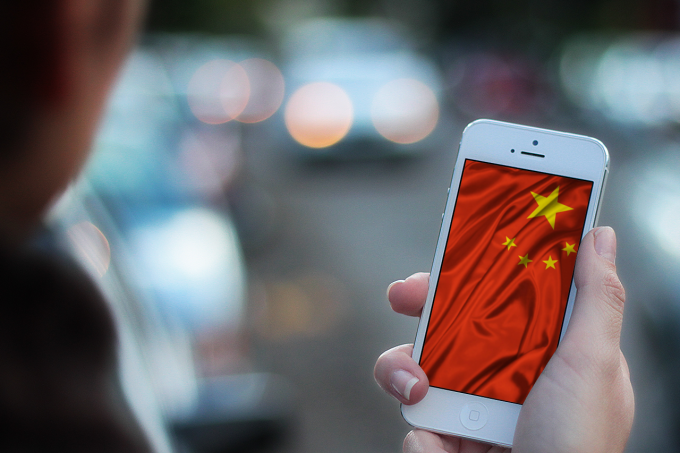 Here is another look into mobile usage in China from 2015 report by WeAreSocial. There is a clear trend for mobile based internet to increase in size and importance for marketers focusing in Chinese market. Proliferation of cheaper Android handsets and innovations in mobile space have ushered a new digital era in China.

Companies like Tencent in software and Xiaomi in hardware are spearheading the mobile revolution in China with many more companies following their lead. 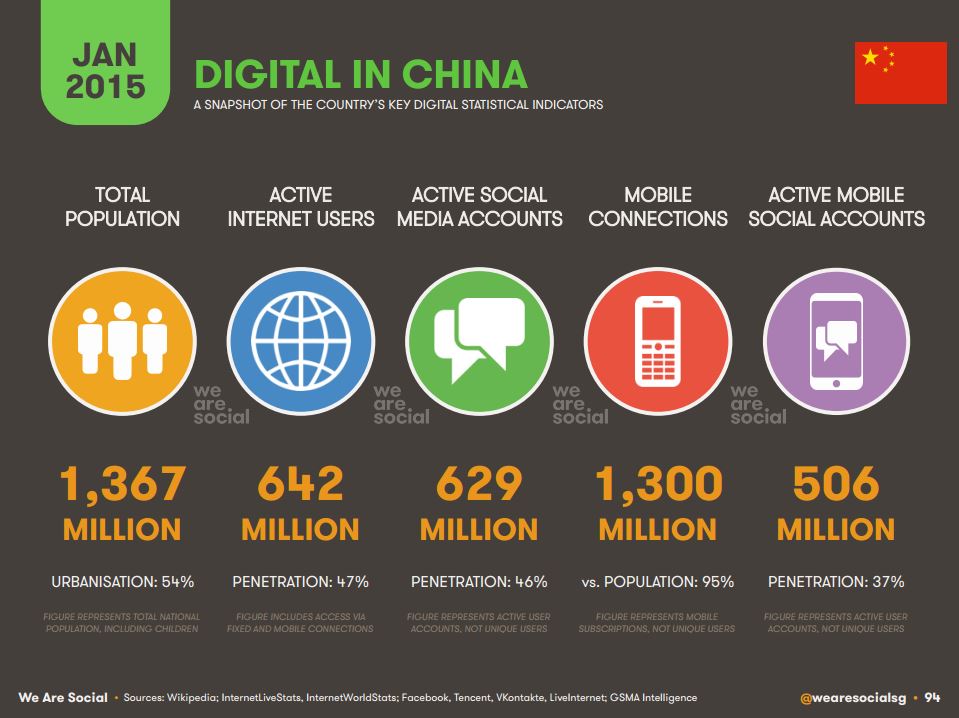 The number of mobile phones is roughly equal now to the entire Chinese population reaching 95% penetration rate, almost as high as in developed world. Also, 3G and 4G enabled devices represent about half of all mobile subscriptions. 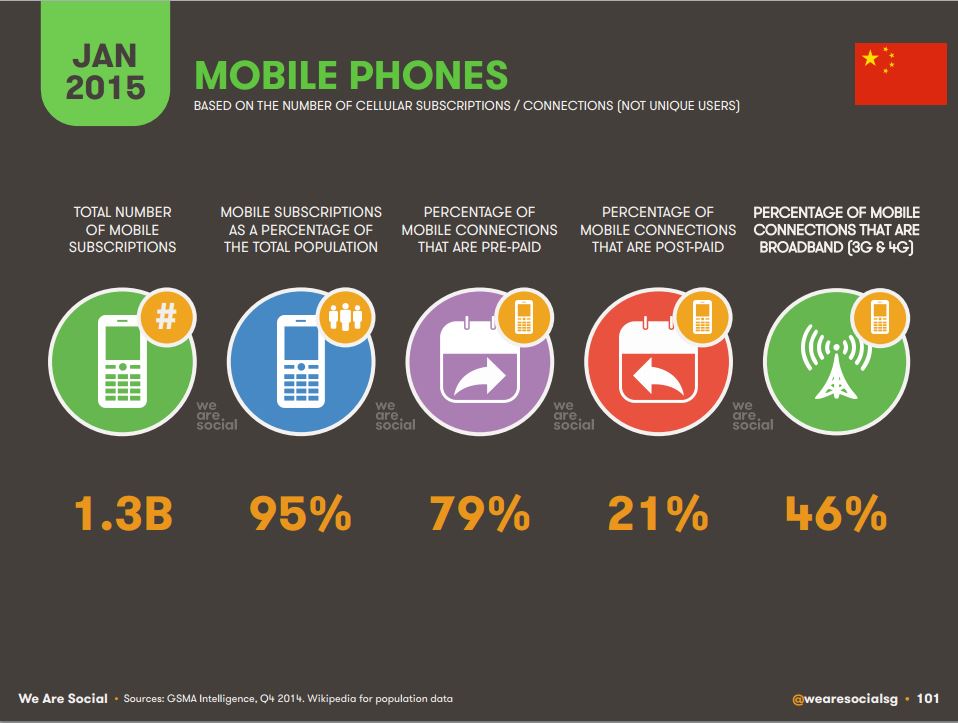 On the other hand, due to slow speed and data usage cost, the total mobile traffic represent only 21% vs. 76% for PC and laptops: 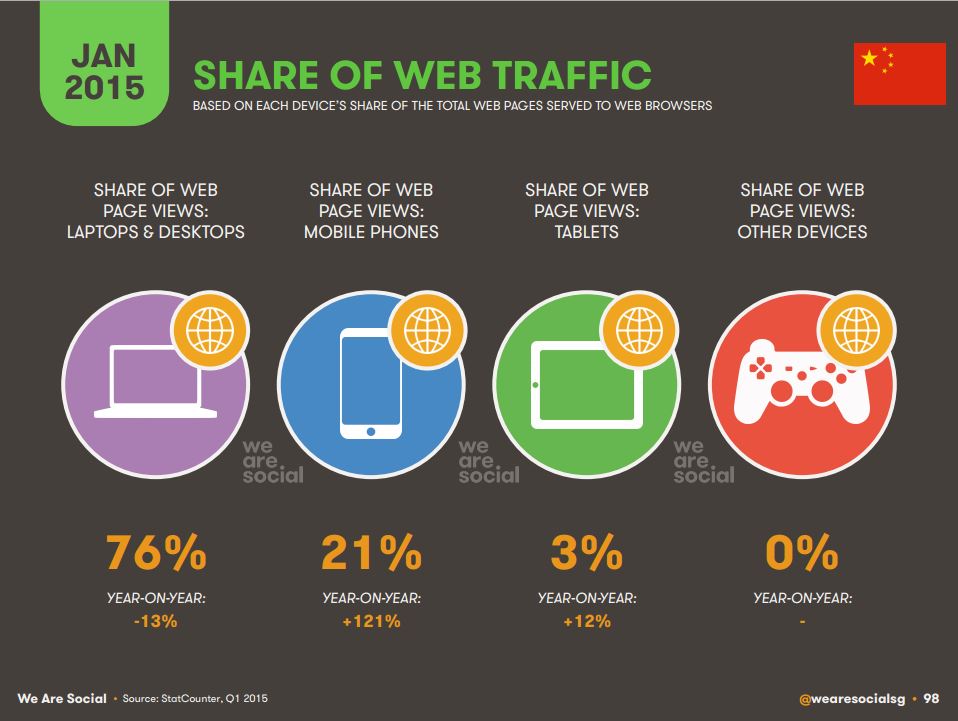 The next slide breaks down time spent on mobile into activity types. Somewhat surprisingly, most time is spent on mobile banking (26%) followed by games (25%) while watching videos (22%) is slightly ahead of using social media (21%): 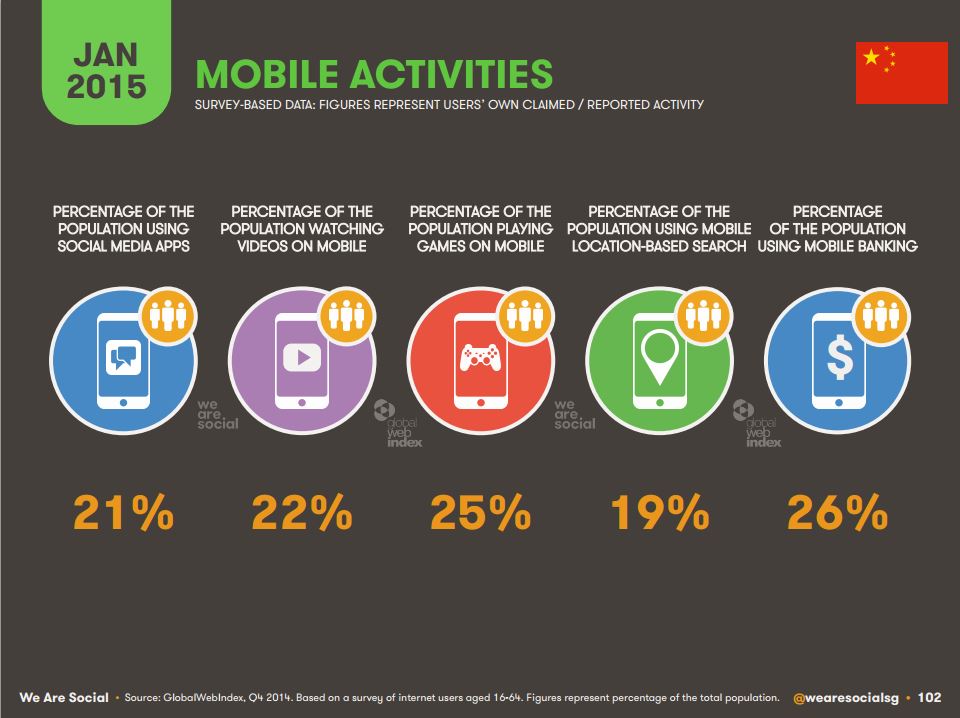 The conclusion one can draw from those numbers is that advertising in game apps could be a solid strategy to maximize reach for younger audience. Also, the popularity of videos consumed on mobile devices is another useful insight that should be taken advantage by marketers.