Marketing on Chinese Social Media: WeChat vs. Weibo. Part I. 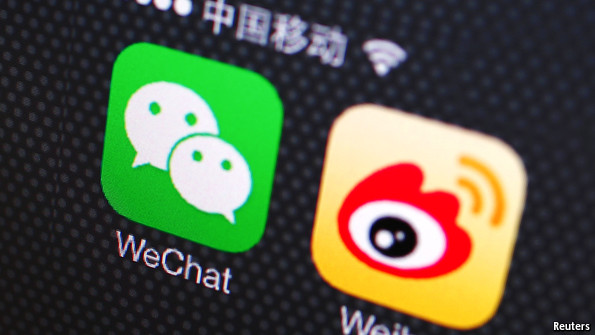 WeChat and Weibo currently dominate Chinese social media landscape. In the last year or so, WeChat has surpassed Weibo in size and popularity, although, with its enormous user base, Weibo still remains a formidable force in the social media. While there are significant differences between the platforms, both WeChat and Weibo offer attractive opportunities for marketing.

This is first part of the list of factors to consider before deciding which platform is more suitable to deliver a specific marketing message:

Size and quality of user base

Weibo has been bleeding users to WeChat from the late 2013 and throughout 2014, mainly due to growing WeChat popularity. Also, large number of Weibo’s “ghost” accounts were closed in the last few month and it is uncertain how many still remain. On the other hand, Weibo is also taking new measures towards improving the quality of user base by making it harder to get a new account verified.

The only way a marketer on WeChat can get their message across is through broadcasting it via an official account. This requires a user to subscribe to it first and stay connected. If the delivered content is useless or not interesting enough, most users would quickly unsubscribe from such channel. This forces marketers to create more targeted quality content that is suitable for a smaller but more receptive audience.

Due to the fact that it is much easier and faster to acquire followers on Weibo, marketers would often attempt to cater to a much larger base. As a result, quality and usefulness of the content will suffer. Also, people would rarely unsubscribe from a channel unless it gets really annoying. Most likely, Weibo algorithm would simply stop pushing such content to the top of user’s feed without marketers even being aware of a problem.

Currently, WeChat offers much smaller reach due to its more private nature. Acquiring followers is a much longer process, although, eventually the quality of such connections tends to be better. Users have limited visibility of their connection’s activities – they can’t see their friends connections, for instance, or who they follow.

Weibo resembles Facebook in a way users can view social activities of their connections and even their friends’. It is easier to connect with other users through groups as well as become more visible to larger audience through active participation in discussions.

Social currency refers to how your social activity is perceived. If you carry enough authority while describing a positive brand experience, it is more likely that your connection would take notice. In WeChat, users have limited visibility of their connection’s activities – they can’t see their friends connections, for instance, or who they follow. This limits social currency that a profile can project.

Weibo has evolved around KOLs. or Key Opinion Leaders, who are often celebrities or subject matter experts. With the open nature of Weibo’s network, it is easier to see the activities of your connections making it more efficient for marketers to spread the message via KOLs. Although, KOLs have increasingly embraced WeChat, they are not as easily discoverable on that platform.