by Editorial Team | May 22, 2013 | Business in China, China Ecommerce, Infographic 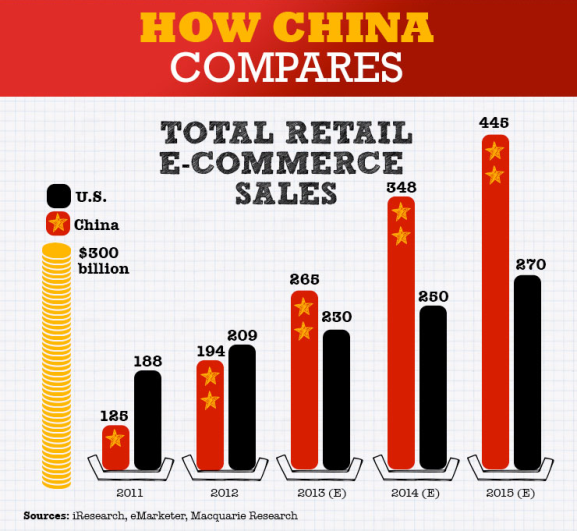 In 2013, Chinese online retails market is set to pass that of US by total sales numbers. Most ecommerce in China is conducted on Taobao.com (C2C) and Alibaba.com (mostly B2B) which both belong to the same Alibaba group. Up until Jan 2013 it was headed by the famous Chinese entrepreneur Jack Ma. Alibaba group is also expected to go public in either US or Hong Kong, the step which is most likely spell further development of ecommerce in China and beyond.

Some time in 2014, the ecommerce sales are set to cross $300 billion benchmark and reach an estimated level of $348 billion by the end of that year.

Here is some infographic illustrating the historical and projected growth of ecommerce in China (based on research by iResearch, eMarketer and Macquarie Research): 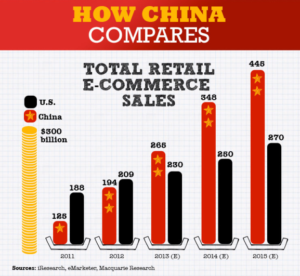