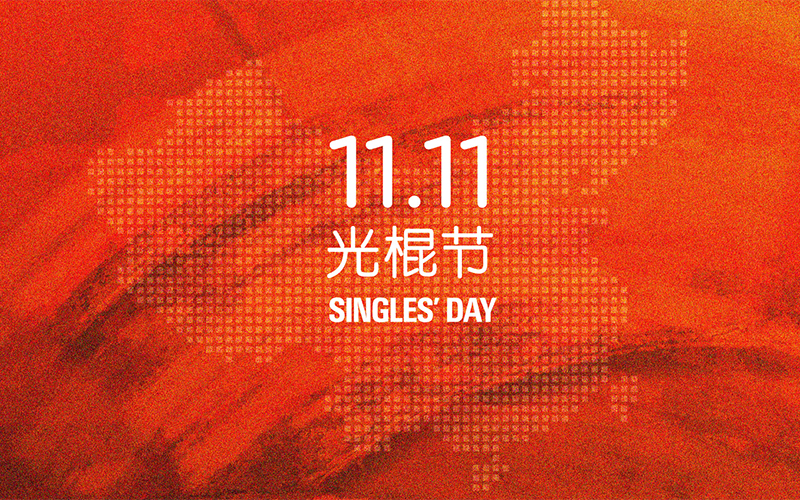 This year singles day was another record setting China shopping festival. With every ecommerce operator beating last year’s sales, Alibaba was still in the lead.

In the last few years, Chinese Singles’ Day or Guanggun Jie (光棍节) has become the biggest China shopping festival. This is the day when young people celebrate the fact of being single. The date, November 11th (11/11), is chosen because the number “1” resembles a single individual. This festival has become the largest offline and online shopping day in the world with ecommerce operators like Alibaba and JD (JingDong) reaching new heights every year.

This year was another record settings one. For example, during the festival, Alipay has registered processing 256,000 payment transactions per second, reaching unprecedented number of 1.48 billion transactions in 24 hours. Another remarkable fact is that 90% of purchases were done via mobile app rather then from PC.

The festival has also resonated globally with more participating locations outside of China than ever before. Alizila, the Alibaba news aggregation, listed top 5 Countries/Regions Selling Cross-Border to China by GMV (Gross Merchandise Volume) were:

Top 5 Countries/Regions Buying Cross-Border from China by GMV were:

Here is the infographic on the largest ecommerce platform, Alibaba, that the folks from Alizila have put together: