Guangdong GDP distribution is a Challenge for China’s Silicon Valley 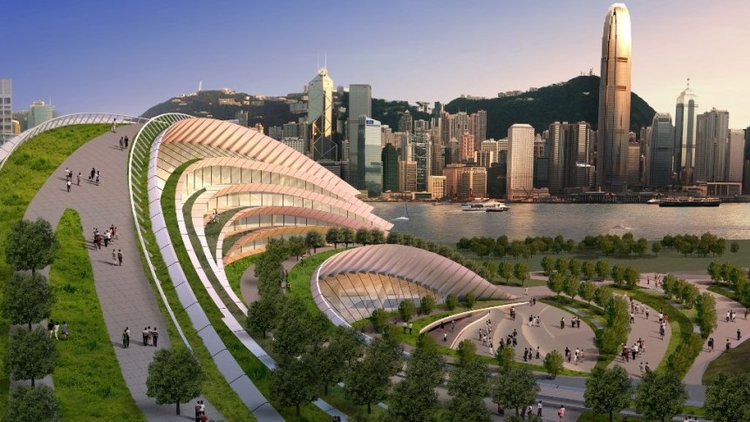 The launch of high-speed rail between Hong Kong and Guangzhou is aimed at transforming the so-called Greater Bay Area – with 67 million inhabitants – into a high-tech megalopolis that rivals Silicon Valley in California.

It has already survived the region’s strongest typhoon to be be launched on September 23, as planned. China’s plan to connect Hong Kong and Macao with nine more cities in the neighboring province of Guangdong using the new bullet train and the longest bridge in the world is part of the larger ambition to develop its largest economic cluster.

It is about 20 years since the former European colonies of Hong Kong and Macao returned to Chinese sovereignty. However, both cities remain very different from the rest of China in terms of their political, social and economic indicators. For example, the world’s largest Macao gaming center has a per capita GNP of 77,100 US dollars, three times as much as that of Guangdong’s richest technology and Shenzhen startup hub. That is according to HSBC Global Research data published by Bloomberg.

The former capitalist colonies also have their own currencies, tax rates, passports and legal systems. Challenges remain with cross-border movements of people, residence rights and many other logistical and political issues. They will probably all be resolved by the time that Hong Kong and Macao lose their special status in 2047 and 2049 respectively. Until then, however, it can take more than a bridge and a train to cross those economic and political divisions in the Great Closing the bay.

According to the map put together by Statista, the gaps in GDP in Guangdong province are huge making the whole notion of the new “China’s Silicon Valley” highly controversial. For example, the numbers for Zhaoqing on the “outskirts” of the province are only 10% of Macau’s, the farthest link of the new railway. 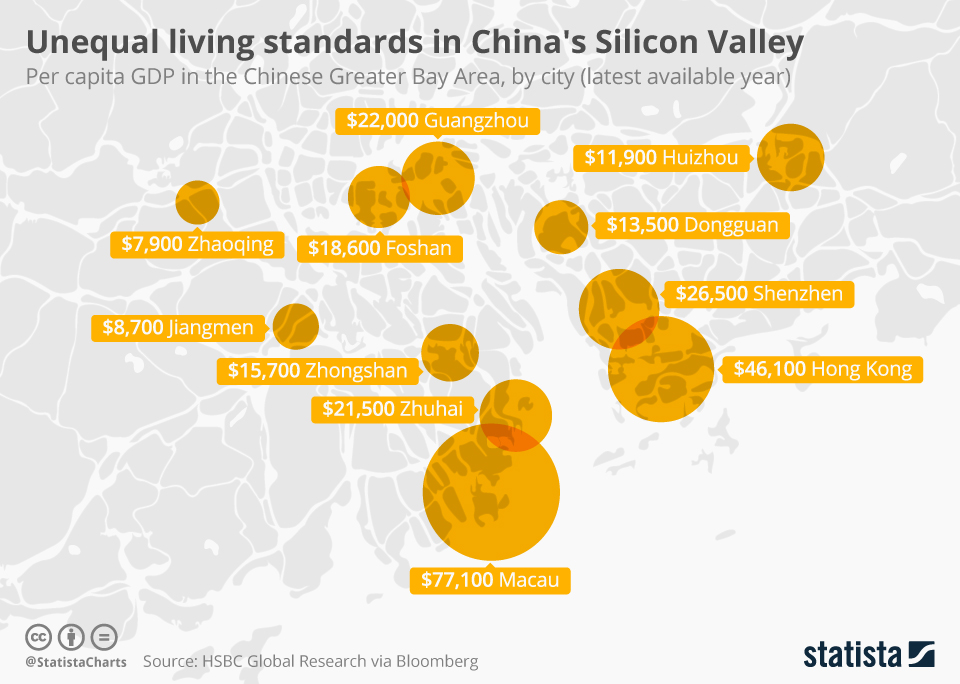