From WeChat App to WeChat Bot 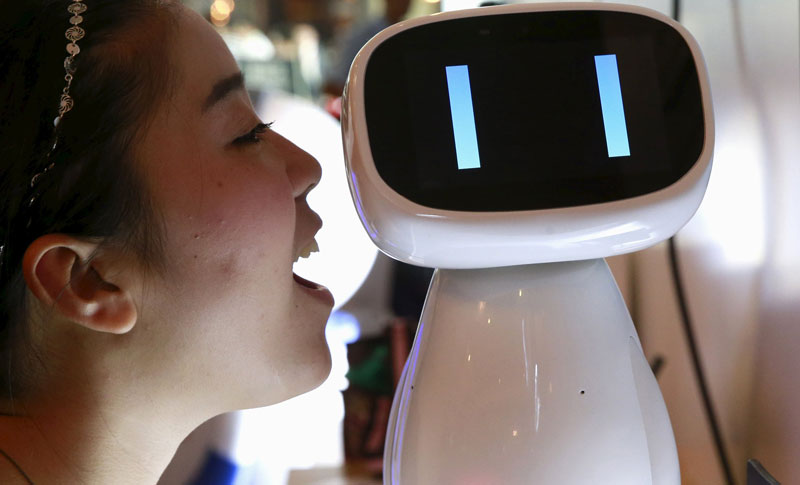 Almost every smartphone in China has now WeChat app installed. Tencent, the company beyond this hugely successful product, continues packing it with more functionality with every new release. Besides of being a powerful marketing tool for companies, WeChat app has already evolved from a mobile chat program to a personal wallet.

What gives it even more power is the ability to build even more functionality on top of its platform via, so called, service accounts. One of the basic capabilities of the platform is the ability to set pre-programmed responses to various user’s input. This is widely used in WeChat service accounts to deliver all types of messages to users – from latest offers and nearest store location to complex customer service interactions.

Lately, one of a possible of a WeChat app is a bot-type of program and those have been on the rise in China. One of such examples is a Jobot, a WeChat based app that helps job-seekers to find the most suitable company to work for. As reported by TechCrunch, “It’s essentially a chatbot that asses the best kind of company a user should work for using questions, powered by IBM Watson, to develop personality insights like culture fit and sentiment, for each user. The idea is that information gleaned from users can help them find the right cultural match in a future employer.” 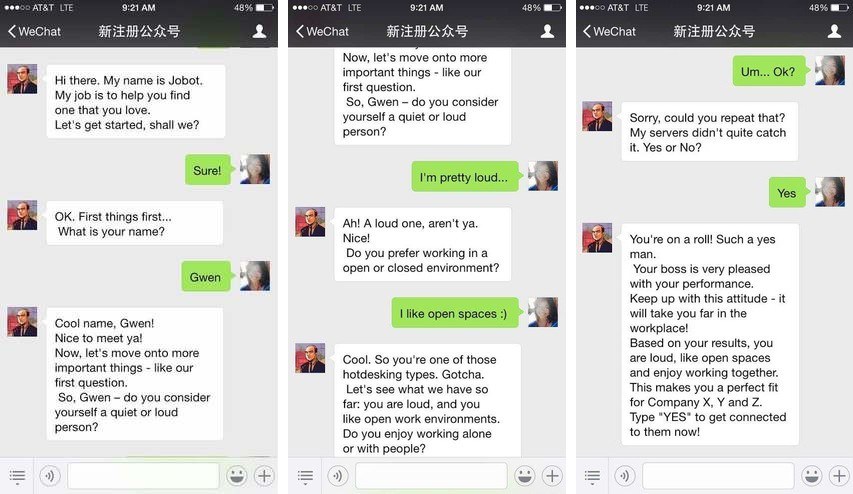 This program is the creation of David Collie who has also developed an English learning bot based on the same WeChat app’s functionality. “With 1.1 billion users on WeChat, we can safely say there are great things in store. People already have chat integrated into their daily lives — we plan to capitalize on that,” Collier said to TechCrunch.

The latest reincarnation of WeChat based bots is the actual physical robot that now greets customers at one of Las Vegas hotels. Its name is Ben and it serves as a virtual concierge at LINQ hotel.  ObEN, a Californian company behind it, has developed a proprietary deep-learning based speech technology that permits any Internet of Things such as WeChat Robots to communicate in any language and in any voice in a matter of minutes. 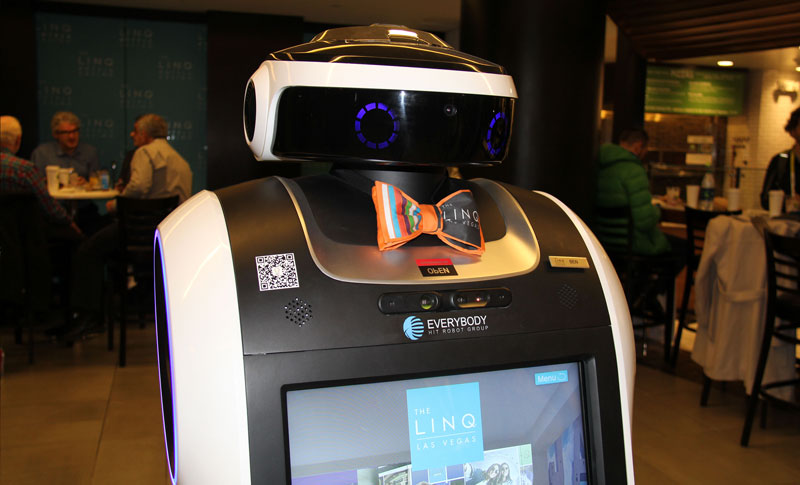 The primary way to interact with the robot is via WeChat app. Hotel guests can obtain information on nearby dining, entertainment and nightlife options by following Caesars Entertainment, the hotel operator, on WeChat, and “Ben” will speak back to them on-site in real time.

“The LINQ Hotel serves as the perfect stage to showcase ‘Ben’ the WeChat Robot and his advancements for the hospitality world during CES.” Nikhil R. Jain, co-founder and CEO of ObEN, said, “We are thrilled to showcase ObEN’s proprietary speech and IoT technology in collaboration with Caesars Entertainment and WeChat; it will reveal how our technology will benefit the traveler and service the hospitality industry using WeChat’s global platform.”

From Feb. 8-14, “Ben” the WeChat Robot is expected to make an appearance at The LINQ Promenade – an open-air shopping, dining and entertainment district anchored by the world’s tallest observation wheel, the High Roller – where it will be able to answer questions about the scheduled events to celebrate the Chinese New Year.