Well designed and properly executed email marketing campaign is often more cost effective than any other form of online advertising. This is why email marketing in China should always be considered as another important channel to reach your target audience.

Actually, emails have never enjoyed the same status in China as in the West because the country joined the internet revolution much later. Proliferation of messaging apps like QQ in the past and WeChat most recently, also offered much faster ways to communicate than emails. This, however doesn’t mean that emails are irrelevant, quite the opposite. Studies show that most adults check their email inbox, on average, 40 times a day and often do it first thing in the morning. Also, with the right tools, emails are easy to track and analyze, enabling gathering data to make the subsequent campaign even more effective.

Another consequence of the late adoption of emails in China is the fact that vast majority of personal emails are hosted on just a few domains of which about half are at QQ.com.

The biggest problem with email marketing in China (and with email marketing in general) is, of course, spam. Most countries around the world have introduced laws and regulations designed to limit amount of spam by specifying requirements to emails and imposing various degrees of penalties for violators. For example, federal anti-spam legislation CAN-SPAM Act of 2003 requires proper opt-out link to be included in a promotional mail, valid “from” email and a clear “subject” line. 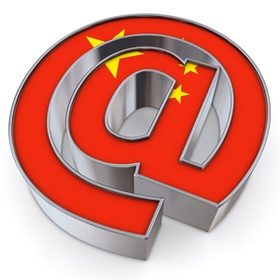 Email marketing in China must also comply with complex China’s anti-spam regulations. Chinese law stipulates substantial penalties for unsolicited emails and non-compliance may result in your IP or domain getting blocked, making it inaccessible from the Mainland indefinitely.

Chinese anti-spam legislation of 2006 is called “Regulations on Internet Email Services” and is, by far, more complex and severe compared to its US equivalent. This law applies to emails sent to all Chinese residents and, at least in theory, covers users who happened to receive emails while in Chinese territory.

So, considering such tight restrictions and severe penalties, why would anyone even entertain the idea of mass email marketing campaign in China? Well, here is the upside: so far, there have been no known or, at least, reasonably high profile cases of the actual application of the law or prosecuting any offenders. In fact, the law does little to help with the major spam problem that exists today in Chinese internet space.

Obviously, one has to be aware of the legal aspect of email marketing in China and continue following common practices such as including unsubscribe links, acquiring and growing email mailing lists by legitimate means and, of course, staying away from sensitive topics. Violating such rules can have your domain blacklisted risking completely blocking your company’s access to users in China. One should keep in mind that the famous China’s Great Firewall is notoriously effective and you don’t want to find yourself on the other side of it one day.

We have covered this regulation in details in the post on China Email Marketing and Chinese Anti-Spam Laws.

Here is the brief recap of the requirements for email marketing in China: 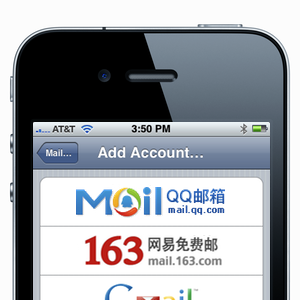 Article 57 of the Regulations on Telecommunications stipulates the content of the allowable email which is purposefully left quite vague. There are thousands of words and topics that are currently banned and the list is very dynamic. Politically sensitive topics are the obvious examples as well as everything that is deemed obscene or pornographic. It’s a good idea to refer to the list of blacklisted keywords before starting your China email marketing campaign.
Although all of that sounds quite complicated, the good news is that if you pick a reputable EDM (email direct marketing) provider with experience in Chinese market, you don’t have to worry about any of that. Such provider will also be able to ensure high rates of deliverability to most commonly used mailboxes in China: QQ.com, 163.com, 126.com, Sohu.com and Sina.com.

Unfortunately, most well-known EDM providers in Western market such as iContact, Mailchimp or ConstantContact, often experience problems delivering emails in China. This is why it is important to look for a provider such as Mailigen.com which focuses on Chinese EDM market and, ideally, can run campaigns from the servers that are located within the country.

Ability to connect directly to technical person at EDM provider is another important consideration in choosing the right provider. Unlike most other providers who offer purely DYI platform with only basic tech support, Mailigen.com has a dedicated delivery team that would work with clients directly and in English. Mailigen has been our primary EDM provider in China for a few years now and we highly recommend their service to our clients.