What You Need to Know About Chinese Online Payment Systems 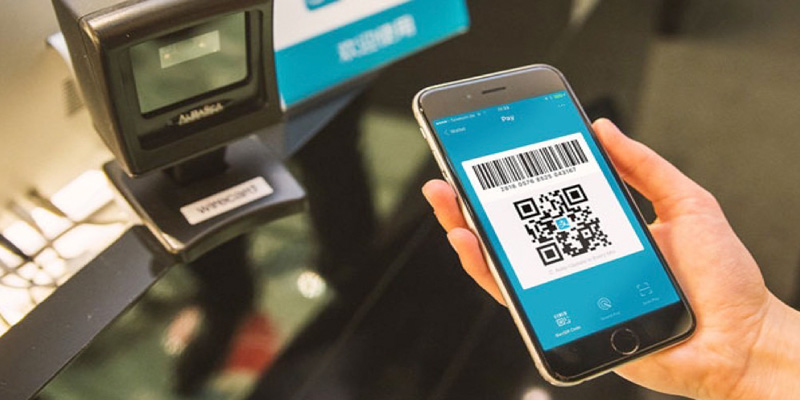 Chinese online shoppers also grew to trust online payments and the vast majority is quite comfortable using it to pay for purchases on the internet. Alipay, the most popular Chinese online payment system by Alibaba, holds the largest market share. It powers two largest ecommerce platforms, Taobao and Tmall and is extensively used in large number of third party applications and platforms.

As of the end of 2015, Alipay accounted for almost 70% of the entire Chinese online payment market. It is fair to say that almost everyone in China with a cellphone and a bank account has Alipay account which is somewhere around 700 million.

Alipay transaction fees are also much lower than PayPal. In general, cross border transactions are the most expensive but it depends on the type of contract a merchant has with Alipay as well as the volume.

The second largest online payment system is TenPay developed by Tencent. In fact, TenPay also powers WeChat Pay, the payment system used by WeChat users. Thanks to this app’s explosive growth, TenPay was able to increase its market share quite significantly during 2015 to about 20%, primarily on the account of Alipay. 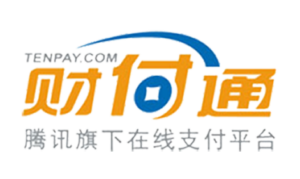 WeChat Pay is now extensively used for many types of transactions. With web payments, customers simply scan the QR Code on their mobile phone with WeChat to make a payment to a website. For mobile users, WeChat Pay is used for payment within WeChat Official Accounts to enable sales from within the app.

Both Alipay and WeChat Pay are increasingly used for offline transactions at traditional stores and restaurants in China and even abroad. A customer simply opens the app in order to allow the merchant to scan their QR code with a special scanner or, often, just another smartphone. As many phones now have fingerprint scanning sensor, placing a finger on it is all it takes to complete a transaction (otherwise, a customer has to type in their secret code on their phone). Alternatively, a customer can scan a merchant’s QR code to send the payment but this way is becoming less common at the traditional point of sale. 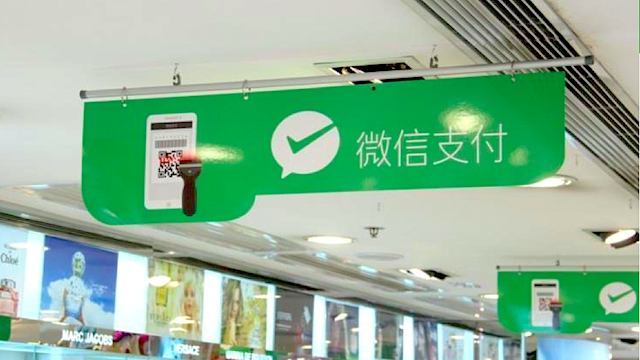 Since those type of transactions are free to customers, Alipay and WeChat Pay serve as substitutes for carrying cash or credit cards and offer both security and convenience.

Alipay and TenPay (WeChat Pay) account for almost 90% of current mobile payment with other players, such as Lakala, JD wallet, YeePay, 99Bill and others quite far behind.

As for foreign alternatives, PayPal was not able to get any meaningful user base so far and is unlikely to do so in the future. Apple Pay still barely registers in China mobile payment market, although it is still quite new.