Are There Any E-commerce Opportunities Left in China? 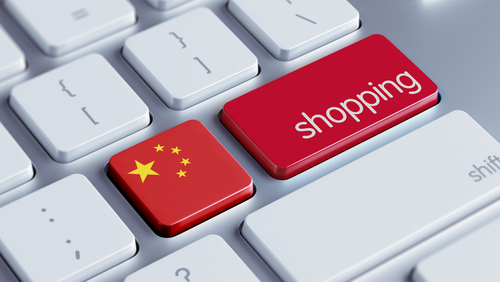 In just a few recent years, Chinese e-commerce market have become one of the most developed ones in the world. Well functioning ecosystem of online payment and powerful mobile segment has made this market one of the important components of Chinese economy overall.

According to the most recent data, three quarters of B2C market belong to just two platforms – Tmall and JD, while Taobao enjoys complete dominance of C2C market with 95% market share.

None of the foreign e-commerce players were successful in gaining any meaningful market share: this year Amazon has finally decided to open its branded store on Tmall and Macys and Neiman Marcus decided to shutdown their China online ventures.

With such high market saturation of China’s e-commerce, there seem to be hardly any opportunities left for smaller competitors, especially foreign one. However, one segment in particular still shows promise and this is cross-border online shopping. China’s traditional and online markets have been plagued by series of scandals in recent years – from contaminated baby milk powder to fake cosmetics and medicine. Despite the efforts of online marketplaces, such as Tmall, to ensure that only genuine products are sold there, the public trust has been damaged.

This situation makes large number of Chinese online shoppers turn to foreign markets that are perceived as more trustworthy. One of the companies that is trying to capitalize on this trend is Yihaodian which is partly owned by Wallmart. 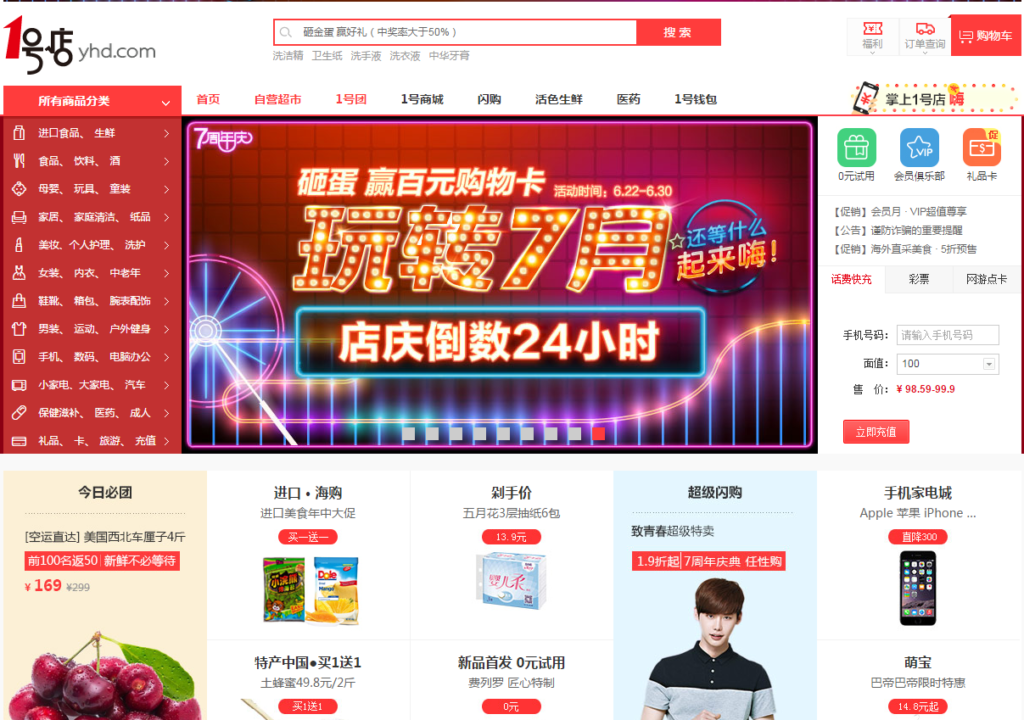 According to the company, from 2012 to the end of 2013, the number of registered users grew from 29 million to 57 million. The company has doubled the inventory from 2012 to 2013 during the height of health scare in China and it has sold 250 million imported food items that year. In 2013, approximately one in every three imported baby milk formula cans was sold on Yihaodian.

The site prominently features baby products and brands itself as a primary source for concerned parents who may mistrust goods found in retail or other online stores.

Yihaodian also serves as an online supermarket and claims to offer better quality produce delivered quickly. However, Tmall and JD have also opened their versions of supermarkets leveraging their much larger user base.

It is still not clear whether Yihaodian can be successful in holding up to its niche, especially considering the fact that food safety situation seems to be gradually improving in China – there were no major scandals this year yet.

Another interesting ecommerce opportunity that was gaining momentum outside of Tmall and JD universe was online shopping for alcohol. In 2013, 99% of booze was still sold offline which leaves plenty of room to shift to online sales.

Chinese are increasingly acquiring taste for fine wine, although traditional beverages and beer still dominate alcohol sales. One such e-tailer, WineNice,  has recently raises over $15M in funding and was rumored to involve Rothschild support. 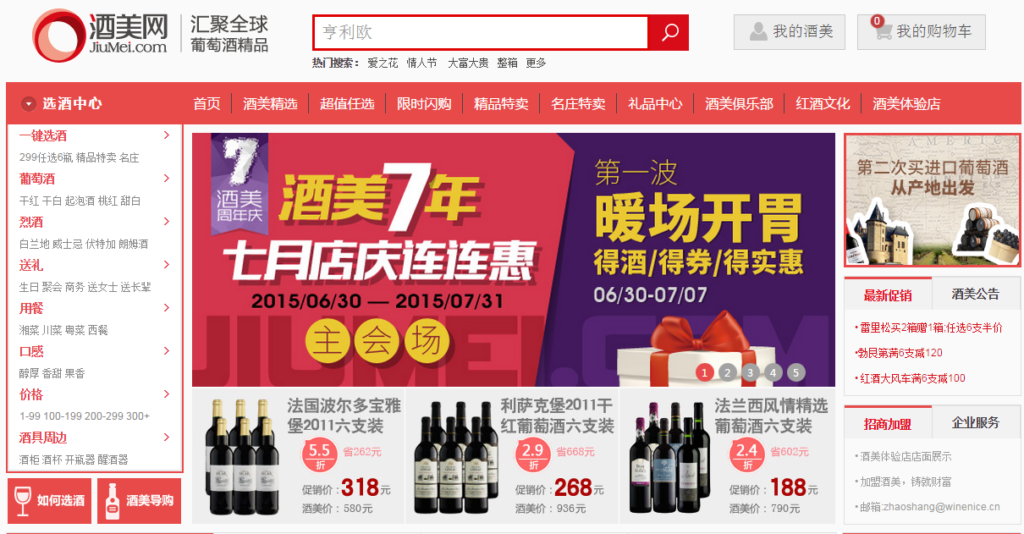 The site initially grew slowly after launching in 2008. WineNice mostly sells foreign wines, but also has a selection of Chinese rice wines and overseas liquors. Most of its stock is in the pretty affordable sub-200 RMB ($32) category, though I spot a 1988 Pétrus for a cool 30,000 RMB ($4,740).

WineNice is also planning to open 100 brick and mortar stores in China and already has its own branded stores on TMall and JD.

There are definitely some e-commerce opportunities left that can be exploited outside of dominant players or pursued in combination with traditional strategies. Mobile segment may further change the ways people search and shop for products online as well as offer new marketing possibilities. We will explore those in the upcoming posts.