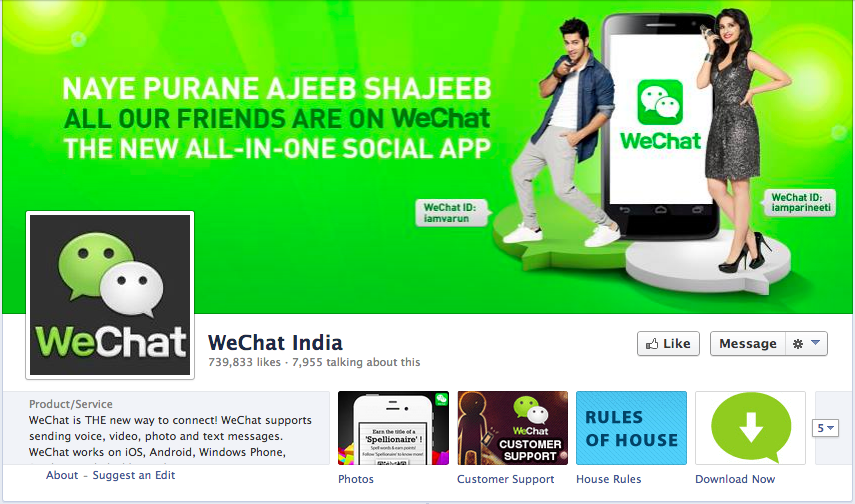 Over the last 2 years, it has become apparent that WeChat rules supreme among Chinese social platforms. The second biggest platform, Sina Weibo, continues losing users to WeChat for a number of reasons, some of which were discussed in my earlier posts.

The recent data compiled by WeAreSocial, reveals that WeChat has been also gaining ground in a number of other international markets.

First of all, for the sake of completeness, here is the data on China where WeChat is currently the most popular social network: 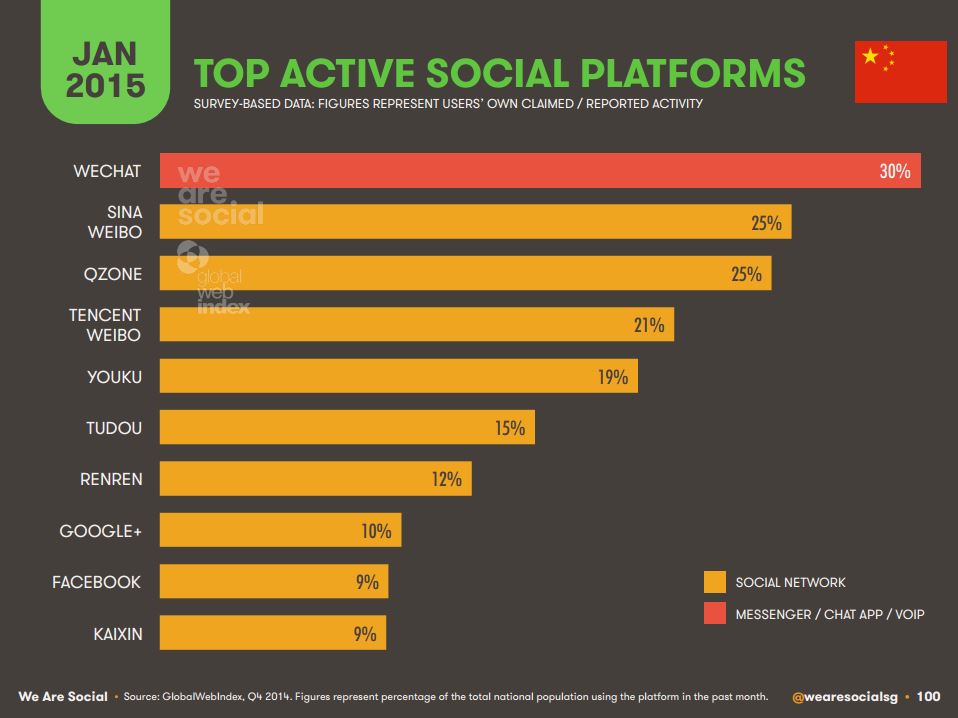 The slides below show some international markets where WeChat has been in top 10 social platforms.

One of those markets, not surprisingly, is Hong Kong. Although, WhatsApp and Facebook with its Messenger remain at the top, WeChat rose to #4 taking 23% of the market: 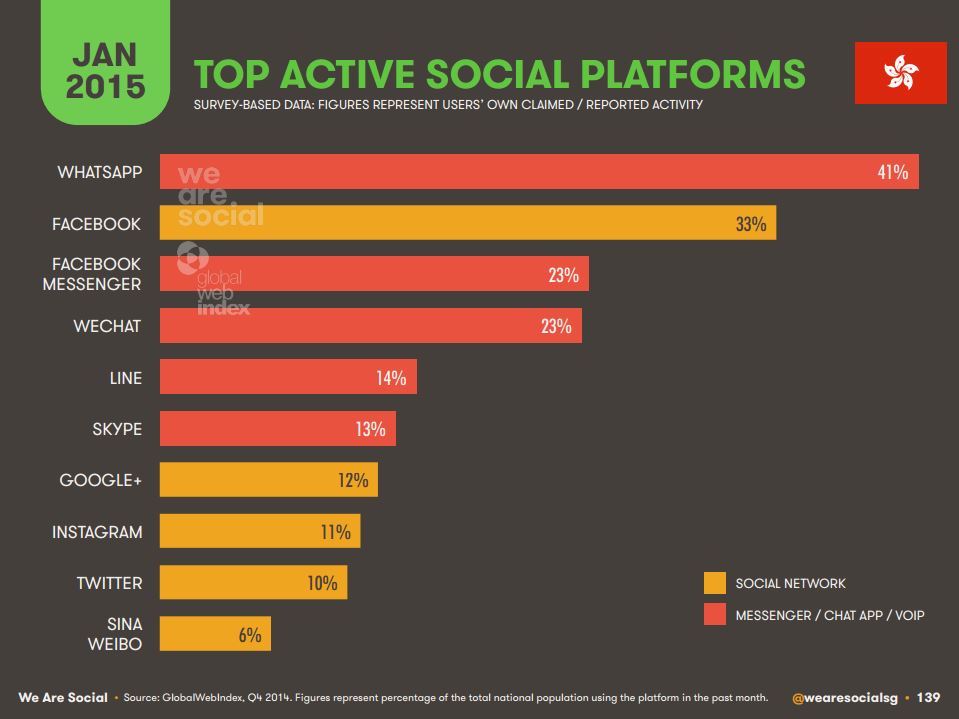 Thanks to Malaysia’s large Chinese speaking population (at about 40%), WeChat is quickly gaining popularity in this country. As the data shows, it reached close to 20% of the market, just slightly behind Google+: 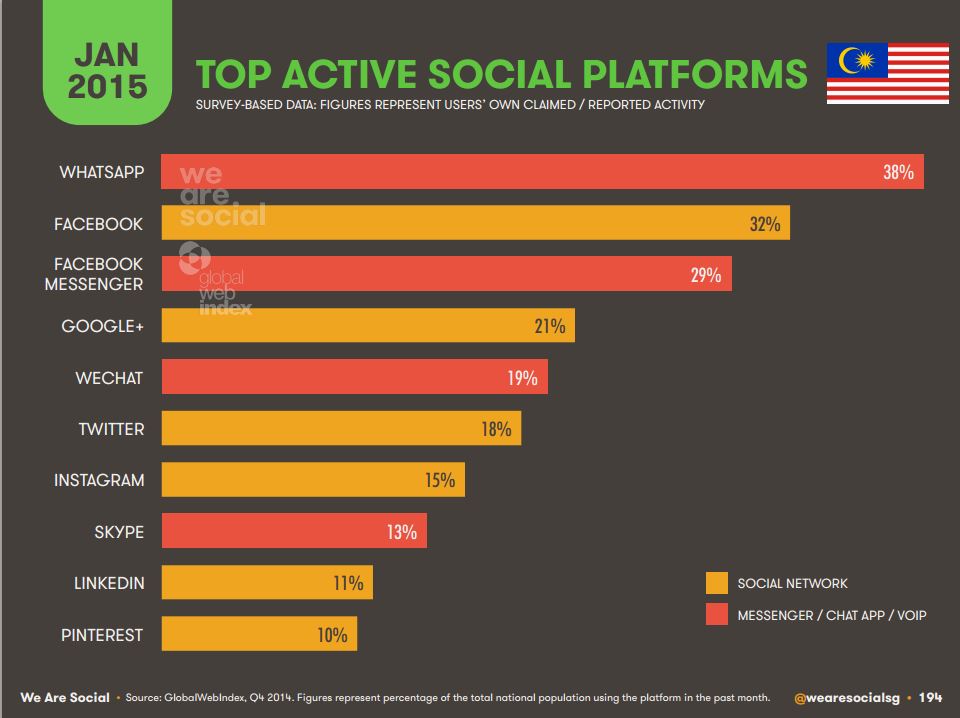 Next door to Malaysia, Singapore with its majority Chinese speaking population, has also been adopting WeChat at the increasing rate. Although, it is still behind other networks, there are reasons to believe that it’s catching up: 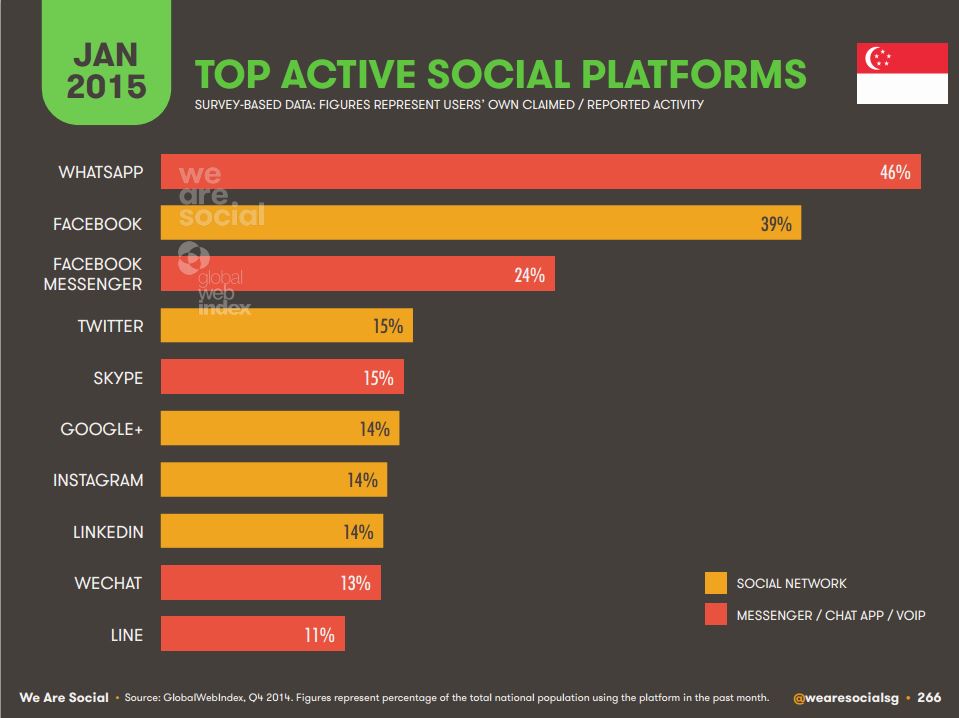 Apparently, WeChat’s appeal could also work for a country with no Chinese speakers. Indians have been shown to start adopting the platform as well. It currently holds 5% of the local social networking market: 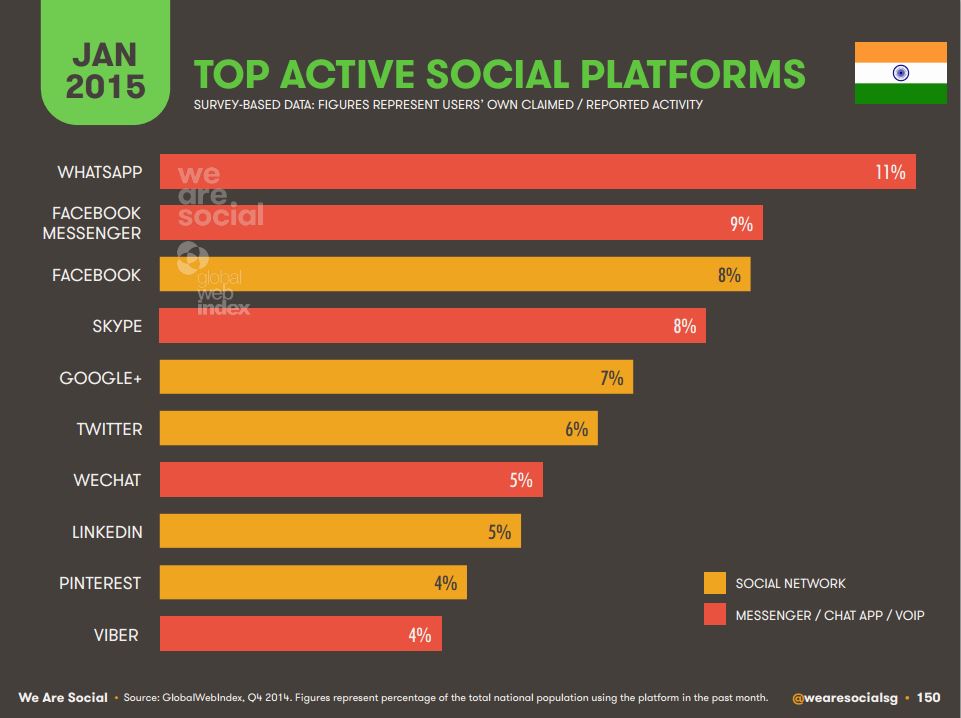 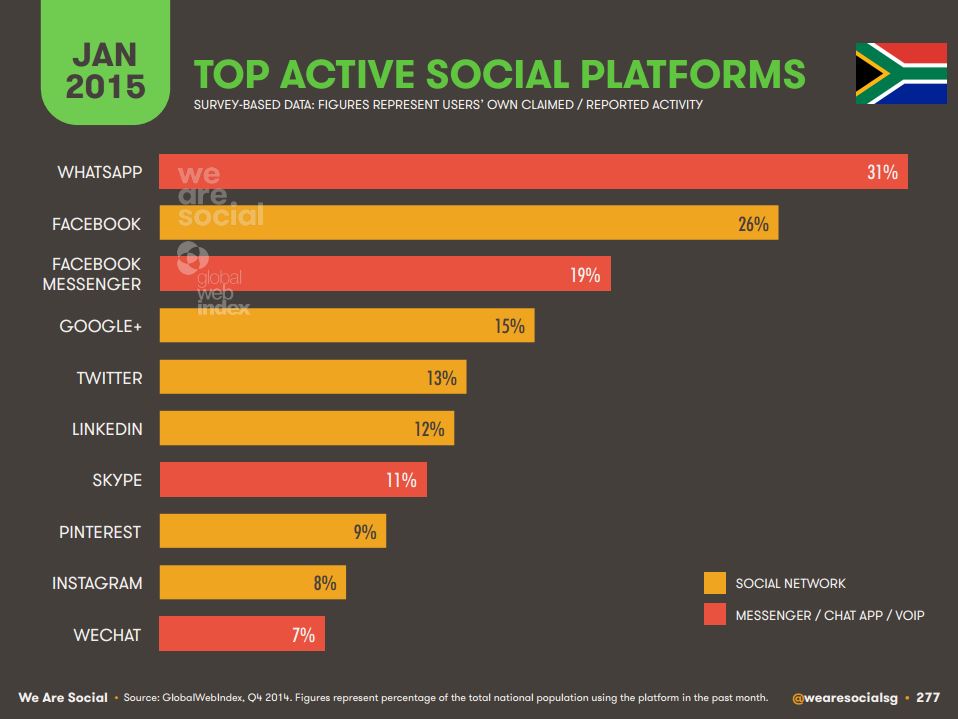 Although, WeChat has been gaining in popularity worldwide, Taiwanese have not been too keen on widely adopting it. This may be partly explained by a certain anti-Mainland sentiment as well as the dominant position of Facebook and Line.

I do believe that eventually Taiwan will embrace WeChat, especially considering the fact that it is the platform of choice for tens of thousands of Taiwanese who are currently staying on the Mainland.