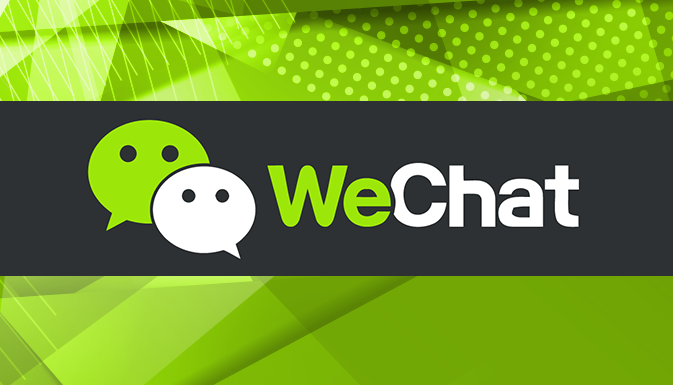 WeChat official account ads involve WeChat advertiser on one hand and WeChat publisher on the other.

WeChat official account ads are displayed in the form of a banner appearing at the bottom of a WeChat article published at another WeChat Official Account.

At present, all types of accounts are eligible to run official WeChat account ads and there are no limits on the industry types like in the case of WeChat Moments ads.

There are also two models available: CPM and CPC. CPM prices range between RMB 5 and 25 depending on the city type and ad type (video ads are more expensive).

CPC is bidding based with the minimum bid set at RMB 0.5 but would most likely be much higher than the minimum, especially for highly competitive industries.

Minimum daily budget is set to RMB 50 for text/image ads and RMB 200 for videos.

Here are some of the examples of WeChat official accounts advertising banners:

How does it work?

– A qualified WeChat publisher publishes an article on their WeChat account;
– The banner ad will be shown at the bottom of the relevant articles;
– User can interact with the ad through a button, although they can’t like or comment on it (users can still like or comment on the article itself);
– Ad banner contains a logo, account name and headline, or a picture, or a video;
– The button can link to a webpage (HTML5) hosted on Tencent’s server;
– The banner ads can drive users to follow WeChat Official Account, download an app, claim coupon code, buy a product, signup link or lead to a customized landing page. 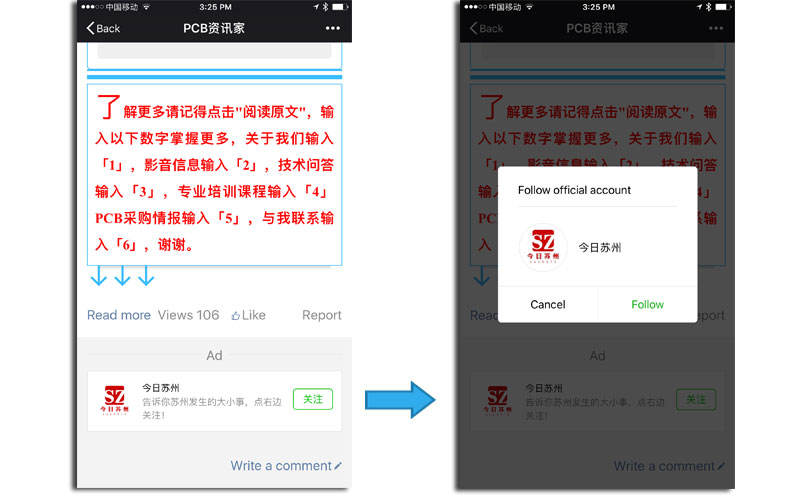 The locations are defined in 3 levels: core cities, large cities and everything else:

*Note that WeChat official account ads will not be served to overseas users, only those residing in the Mainland.

Advertisers can define an industry category and subcategory while setting up a campaign.

Here is an example of defining an industry and choosing an available subcategory:

WeChat would immediately show how many users are in each of the chosen combination of criteria.

Currently following your public account, already using your app, collected a WeChat coupon from ads within the past year, and showed interest in your previous ads during the past year.

In the past, WeChat official account advertising has been criticized for low CTR and the lack of control on the advertiser’s part. At the moment, WeChat is the one deciding on which accounts ads should be served. Advertisers have no way controlling and specifying exactly where their ads should appear.

Those advertisers who would like to specify exactly with which accounts they would like to advertise often consider KOL (key opinion leaders) route rather than WeChat official account advertising.

Follow the link below to learn about the other type of WeChat advertising: