Why O2O in China Keeps Growing

O2O, which stands for Online to Offline (or, sometimes Offline to Online) has been one of the hottest topics in marketing in the last couple of years. It has been identified as a trillion dollar opportunity by TechCrunch as well called the industry’s stupidest acronym by Tech in Asia. While some marketers still disagree on how the term should be used, O2O in China has been growing by leaps and bounds and is getting ahead of most other markets.

Basically, anything in the digital world that brings customers to the physical stores or makes them buy products and services that are traditionally sold offline can be classified as O2O.

According to the recent report by McKinsey on O2O in China, it has been growing the fastest in 3 areas: travel, mobility and dining services: 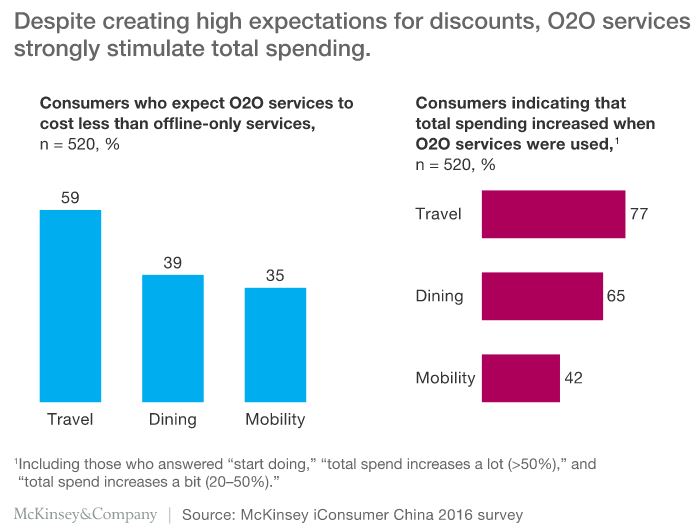 McKensey’s data indicate that travel is one of the most popular O2O categories used by 36% of O2O consumers nationwide and 56% in Tier 1 cities: 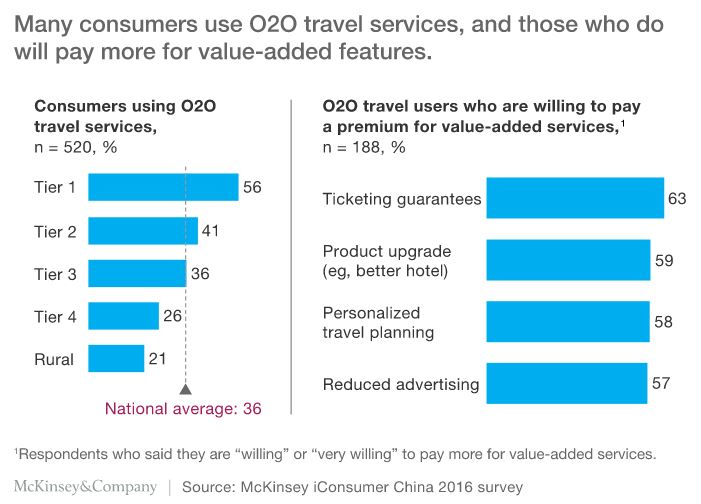 This segment is lead by companies like Qunar, fast growing Baidu online travel service as well as Ctrip, another hugely popular site. Customers also expect O2O travel service to cost less than the traditional ones putting more pressure on providers

This segment was indicated as the second growing O2O sector. Convenience and discounts stand out as the most important reasons why consumers choose to use O2O dining services. 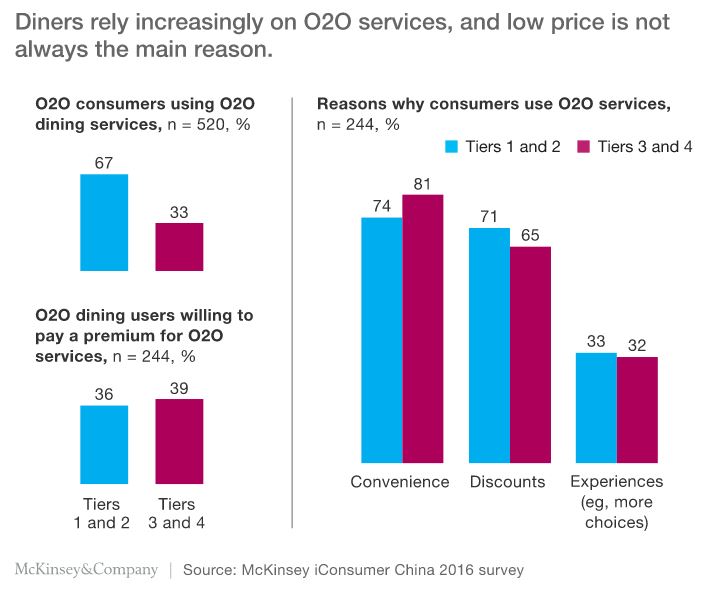 In contrast with travel sector, here consumers were actually prepared to pay premium for the service and indicated food quality and safety as their primary concern.

Mobility O2O mainly refers to taxi hailing apps such as Uber and Didi-Kuaidi. Both companies have been at each other’s throat to gain market share in this rapidly growing market which we covered in an earlier post about Uber in China. Currently, Baidu is the major backer of China Uber while Tencent and Alibaba are behind Didi-Kuaidi. 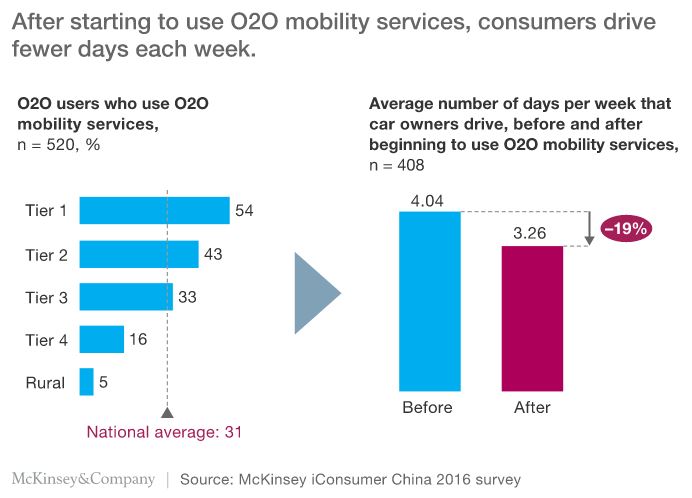 Consumers in this sector appear to be the least sensitive to the price of O2O mobility services than to the price of other O2O services. This has probably something to do with the fact that the prices in this segment are already extremely low.

What are the main reasons behind the strength of O2O in China?

Large number of smartphones in China is the primary reason for O2O services getting a strong foothold. There are estimated 563 million smartphone users in 2016 representing more than a quarter of users worldwide.

#2 Have we mentioned smartphones?

Another factor in favor of O2O in China is the fact smartphones has long become the primary device of getting online for the majority of Chinese, beating desktops and laptops 2 years ago. Since large part of O2O’s appeal is location, mobile is a natural fit.

Proliferation of secure and convenient mobile payment systems such as Alipay or WeChat wallet has become the industry enabler. In this regard, China is well ahead of most other countries.

QR codes can be used in many creative ways to facilitate O2O based connections and, incidentally, they have been extremely popular in China. While QR codes have been declared dead in the West on more than one occasion, they have been embraced in China and popularized by apps like WeChat.