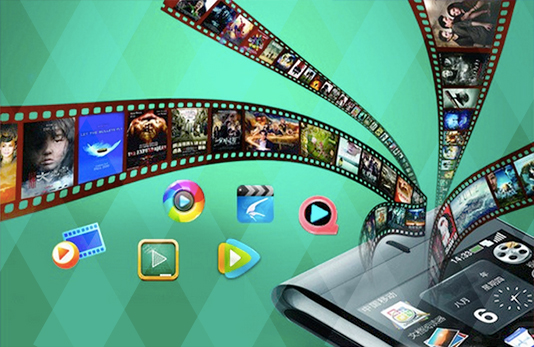 It has been reported this year that mobile internet access has become the primary way to get online for the majority of Chinese, outnumbering, for the first time, the desktop based access. At the same time, videos, while being increasingly accessed via mobile devices, remain the most popular online content.

According to the latest numbers from iResearch, a consulting firm, in July 2014 there were 270 million mobile video users in China, which represents an increase of 134% from the same period in 2013. According to the figures, iQiyi has claimed the top spot with over 134 million users, closely followed by Youku-Tudou with 129 million. Although it seem to be doing well on mobile, in desktop space iQiyi’s market share is currently behind Youku-Tudou, Sohu and Tencent.

The company is founded by Baidu, the largest search engine in China. Baidu has also acquired PPS, another online video provider, in order to boost its position in the video market and counter Youku-Tudou. iQiyi focuses on fully licensed and high-definition content. It also provides content to iCNTV, which is the first internet television platform approved by China’s State Administration of Radio, Film and Television (SARFT).

In terms of monthly users, iQiyi has grown by over 9% in July 2014 and is estimated not only to retain its leading position in online mobile video market but to double its user base by the end of the year. This is the current market share breakdown of the top mobile video providers in China: 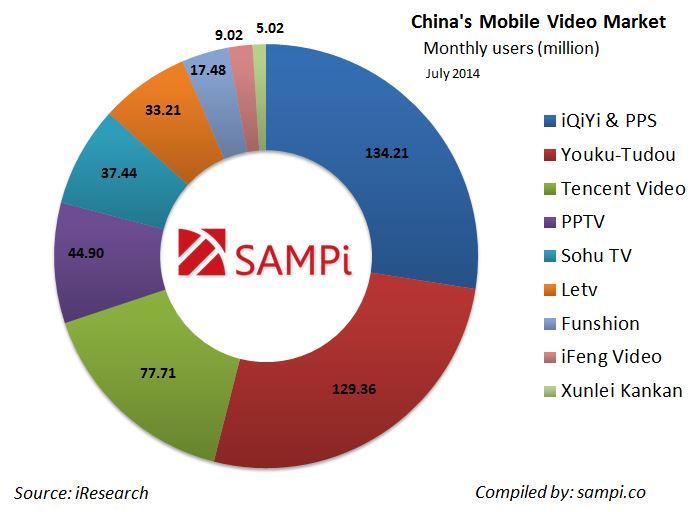 It has also been rumored that Alibaba is looking to buy PPTV, another popular video provider. If that happens, the competition in this space is likely to further intensify. When it comes to online videos, the absence of a dominant player like Youtube in the Western market, means that videos are not searchable across platforms. Users will have to download multiple apps in order to find what they are looking for.

With billions of hours being spent on mobile videos, those companies are rushing to monetize their mobile presence with advertising. iQiyi has a cross-platform ad service  covering its website and apps for Windows, iOS, and Android. 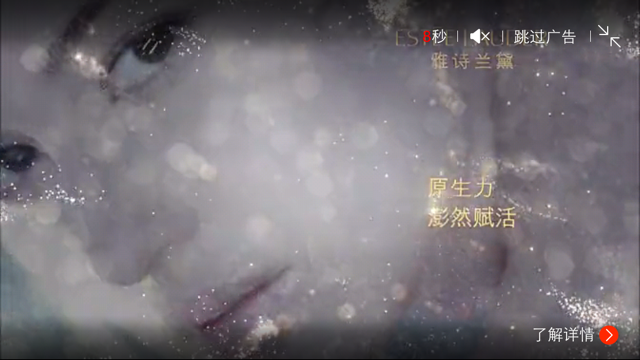 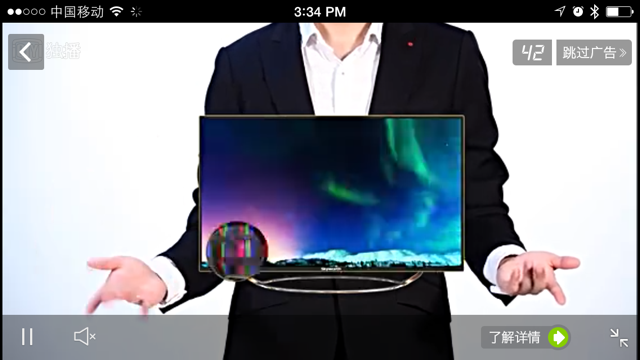 Below are the examples of a pause-ad on the same platforms: 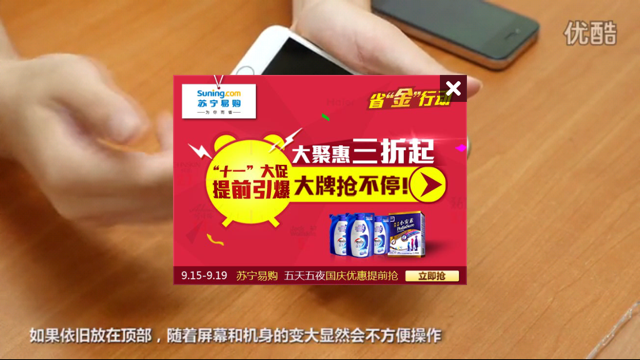 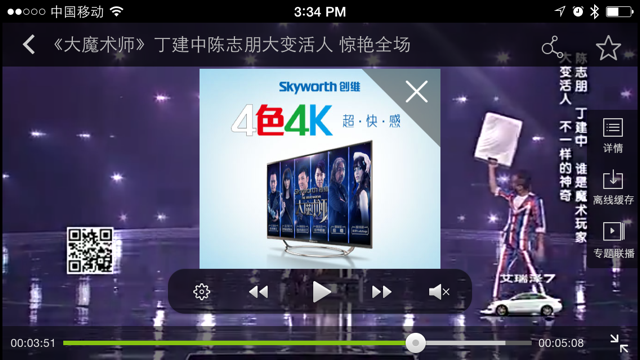 One of the factors behind the growth of mobile video is the increase in the popularity of phablets, or smartphones with screens that are 5″ wide or more.

Another factor is improved battery life for Android devices. Finally, the increased availability of Wi-Fi is further contributing to the spread of mobile videos in China.

In conclusion, mobile videos provide excellent platform for advertising in China and the market continues growing. Also, from a marketer’s perspective, it will get even more attractive due to the fact that advertising prices will most likely go down because of the fierce competition between those providers.

On the other hand, depending on the advertising goals, this advantage could be offset by the need to advertise on multiple platforms to maximize the reach.