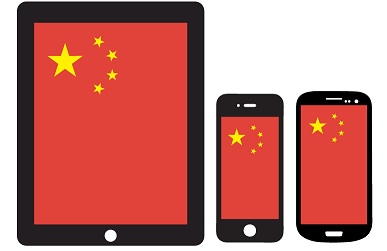 With China’s smartphone market reaching 800 million users, the mobile apps space has been quite busy. Given its mobile and ecommerce growth, coupled with rapidly improving mobile infrastructure, China presents an enormous opportunity for both apps developers and marketers.

There are considerable challenges in achieving success in the mobile apps market. Those have to do with launching and promoting an app in the right store, figuring out monetization model that works and is sustainable, overcoming China-specific technical challenges and, finally, making sure that your product is not easily copied by a competitor.

Here is the list of 10 most important factors to consider before venturing into China’s mobile apps market:

Thanks to the low cost of entry level smartphones in China, two out of three users are on Android system which makes it the one to target first. iOS still represents about one third of the total market but Android will certainly continue to dominate China in the near future. Windows phones didn’t get much traction in China yet, while Blackberry and Nokia’s Symbian systems being even less relevant.

There are literally hundreds of Android mobile stores, each focusing on a specific niche, demographics or geographic region. Understanding complex Android ecosystem is crucial to launching your app in the right store. Simply applying to all or most of them is not an option because each store has its own QA and approval process as well as billing system. The best strategy is to focus on the top 5 stores and monitor the performance of each of them. The most popular Android independent stores in China include AppChina, Anzhi, Gfan, Hiapk, Liqucn,Wandoujia, eoemarket, and 91Market (note that Google Play is not even in the top 20).

In addition, many large companies, such as China Mobile (largest mobile provider), Baidu (top search engine), QQ (popular messenger), as well as Huawei, Lenovo, Xiaomi etc., have their own store.

The speed of China’s mobile networks still lags behind Western countries, Japan or Korea. If your app is graphics-heavy making it loading slow, it will most likely be abandoned. If you are considering localizing an existing app for Chinese market, you need to make sure that it works fast enough on much slower network speed.

Hopefully, the ongoing development and introduction of 5G infrastructure will help alleviate this problem.

Another challenge of localization is the integration of the local social media channels. Your app won’t work in China (unless used with VPN) if signup or login options use Facebook or Twitter as those are inaccessible from the Mainland. Same goes for sharing and retweeting. If social media is essential for your app, make sure to integrate the most popular local platforms such as Sina and/or Tencent Weibo, YouKu or WeChat.

Popular cloud storage services, such as Dropbox or Box.net, are often too slow or inaccessible from China. Out of popular Western services, only Microsoft Skydrive seems to be relatively stable at the moment. If cloud storage is required for your app’s functionality, consider using one of the local solutions, although they may not be as fast and convenient.

Local mobile-based payment services have won the war against any other payment method. Two of the most popular services are Alipay and WeChat Pay. Remember that Chinese use of credit cards is very limited as they seem to entirely skip the credit card era straight to the digital money world. Another popular payment system with mobile in-app purchases works directly through mobile carrier, such as China Telecom, China Unicom and China Mobile. This, however, require more complex integration of your app into their payment system, something that can’t be done without an experienced local partner company.

Everyone takes a cut

Apps stores fees range wildly, something to be taken into account when choosing the most suitable one as well. QQ for instance, takes up to 70% of an app’s revenue, while China Unicom takes 30%. In addition, each store has its own guidelines and procedures as well as its own government tax and banking rates. Note, that government tax and various regulation fees can easily reach up to 30% on top of the app store cut!

If your app is successful there is no question that it will be copied. All of the world’s most popular apps have local copycats. Partnering with a local partner that is familiar with the apps store ecosystem can also help ensure that the copycat apps are pulled from the store to be replaced by the official ones. On the other hand, if you are simply coming up with a concept for an app and it is a good one, such “partner” can simply appropriate it. Therefore, due diligence is paramount in choosing your local partner.

Purchasing apps outright has been in decline worldwide. In China, people are even less willing to pay for an app, no matter how insignificant the price would be. This means that more creative monetization strategies should be considered. One of them would be selling ads. Recently, BBC ran a story about Chinese mother who developed flash card app for their kids which is now supplementing her income by $1,000 every month from the ads alone.

Another model is based on in-app purchases. It makes more sense to give away an app for free to get users more familiar with it. Once, hopefully, they start liking it, they would be more willing to pay for extras. This model works well for games and chat apps.

Finally, premium model is another one to consider: user downloads an app with limited functionality but has to pay for more enhanced features.

Finally, there is another type of apps that aims at building brand awareness or serves as a marketing tool to supplement and support offline or web-based sales. If your app doesn’t require payment system or complex integration with other services, it can be launched much more easily. Also, such app would not be in any danger of  being copied as it has no value of itself without the brand behind it.